Success Lessons I Have Learned From Watching Sons Play Baseball 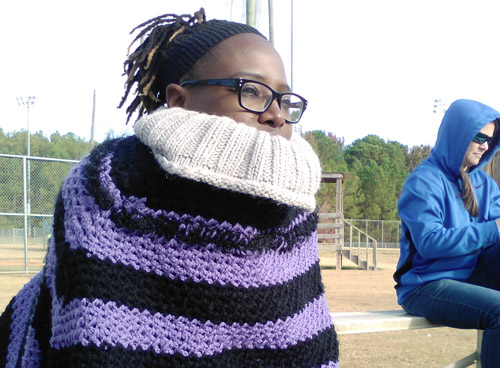 Over the past several months, we have watched my son's Gamers 11U baseball team compete wholeheartedly and win games. It's been inspiring to watch them practice, gel, grow and become champions. There have been many success lessons to learn from the boys and it's a pleasure to share a few with you today.

I did not grow up watching baseball. Growing up in Cameroon, baseball was not a sport we knew anything about. But as the saying goes, when you have children, you never know where they will take you.

Years ago, my boys got in the habit of throwing and hitting baseballs with their friends in the neighborhood. Because we encouraged them to play outside instead of watching TV and playing video games, they would spend hours playing baseball, and thus their love and skill at the game grew.

When their friends were signing up with teams at the end of that Summer, my older son (7 at the time) insisted that he be signed up too. I am more of the academics parent (who focuses on schoolwork and makes sure they keep high grades) so I wasn't paying much attention. However, my husband got him signed up with a team at a nearby church and became fully involved.

We became a baseball family.

It's been 4 years now – countless practices, not-so-cheap gear and tournaments, long-distance travels and lots of dedication. As I am becoming more and more of a baseball mom learning the rules and understanding the game better, I am also paying attention to what works and what doesn't quite pay off.

It Takes A Team

Every single player on the team has an important role to play. From the pitcher to the catcher, shortstop to first baseman, infield and outfield players. Although most of the kids are multi-talented – i.e. they can catch, pitch, hit and throw – they each have a 'strength-strength' as I refer to it (i.e. what they do best, a position in which they best perform). This major strength which seems to come naturally and is developed into a useful skill during practice, shines forth when the time comes to play. When the stakes are highest, the coaches understand who plays where, and who does what best. And because they tap into players' strengths, the boys perform at their best.

This brings us to the coaches… and their pivotal role for the team. Coaches understand players' strengths and weaknesses, and how to manage them; it is their job to come up with winning placements and strategies. And to make sure the team is working well together. I have watched coaches signal to players using sign language that the team alone understands. Not only do the coaches coach, they encourage players to do better through positive reinforcement – in fact, I often hear the head coach yell to his boys when they go up to hit: "You are the best! No one better then you!"

I have watched the kids play their hearts out and encourage each other, even through mistakes. I have seen them cry after being struck-out, throw their bats to the ground in frustration … and heard parents yell "watch your attitude!"

Yes, the parents! When I first started going out to watch the boys play, the parents' intense passion for the game was of great interest to me. Parents wholeheartedly cheered for their kids and for the team, and regularly directed massive amounts of emotions at the 'Blues" or referees for perceived miscalls. Many a time, game officials and coaches have had to ask parents to "please calm down!" This passion and belief rubs off on the boys, bringing out the best in them.

Everyone works together – coaches, players and parents – everyone is on the same side. One learns from watching the boys play baseball (as in other areas in life) that team dynamics plays a huge role for success. And teamwork is necessary to win championships.

We Want It More!

Of course, every kid is a champion. In fact, every child who steps into the pitch to play is already a winner, some just score more points.

So why do some score more points? My son's Gamers team is perfecting the art of "wanting it and wanting it more!" How can one tell? They go into every game with the expectation (and confidence) to win and they do put in the required work.

We have watched them go up against tough teams and work hard to the very last second to clench a W (or fight to the end even when they lost).

There have been nail-bitters during which the boys have held off other teams defensively and come out on top. The boys' level of play goes up when they are down —even as the parents cheer harder and louder on their feet!

Cheers to my favorite SHORTSTOP … the one who holds it down defensively for the team … you are the best son. Keep it up #NoLimits #2016NationalChampions #10UBaseball #MyrtleBeach #SOuthCarolina #PreciousMoments #MommyFirst #BeGreat

It has been humbling to witness such determination and focus in kids this young. It also explains why they have been champions in every single tournament they have played in recent months.

The kids' confidence has grown over time. With every good play, belief in themselves and in each other has solidified to levels where their expectation is to simply get the job done!

What can we take away from this? That a winner's confidence grows with every positive result – "yes, I can do this!" And so, one cannot afford to be complacent: high accomplishments equal higher self-confidence, which comes through hard work, and holding oneself accountable.

Both my sons (11 and 8) play baseball. And both are really good at the game (if I daresay) – all glory to God Almighty. Younger son plays solidly because he is forced to practice most of the time with his older brother. His brother's play rubs off on him, influencing him to raise his play.

It's super interesting to watch the dynamics between them. They push each other to become better – the older one (calm, cool, collected) strives to stay steps ahead, the younger one (competitive, always trying to prove himself … *smiles*) strives to catch up and even become better. A phenomenon tennis fans have witnessed with the Williams' sisters.

What we can take away from this is the power of mentors, of those we look up to … how their influence can challenge us to higher heights.

Success is contagious – it spreads out and inspires those we come in contact with, especially those closest to us. As leaders, when we play to win, others feel motivated to do same.

I hope you have enjoyed reading today's post. With much love and goodwill, I wish you a great week ahead.

Cheers to your success!

2016-11-14
Previous Post: Success Reminder: Avoid second-guessing yourself too much!
Next Post: You are the Greatest, Can you feel it? Happy December Inspiration