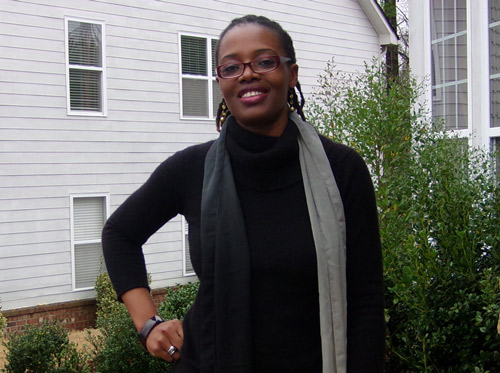 "Many hands tie the bundle faster" is an African saying I grew up hearing often. This alludes to the importance of teamwork – coming together, working together and winning as a team.

Have you noticed how relationships turn sour when one person is more vested in giving while the other primarily absorbs – taking, receiving, putting forth little in return? This is because an imbalance has been created, and the problem here is: that which is unbalanced eventually tips over. Discussions on the hurtfulness of one-sided love relationships where one person is more vested than the other are common, but do you know that the caustic effects of one-sidedness extend to work, business interactions?

Life is all about balance. Whether it's what we eat (diet), how much time and effort we put into our jobs (responsibilities), time spent with others (socially), how much exercise we do (staying fit), leisure and alone time (time off), and also how much love we give and receive.

So what happens when life churns, churns and churns in one direction without much or any reciprocity? The weight of one-sided giving  in itself crashes relationships. Things just stop working at some point.

The giver eventually comes to the realization that their giving is never going to be enough to sustain that relationship. The leader comes to the conclusion that regardless of how much effort they put in, the other persons/partners involved HAVE TO participate and be engaged for success to be birthed. Meanwhile, the other person (disengaged, lukewarm, unconcerned), may never understand what the problem was, because they were never vested in the first place.

Man is a social being, we come together, to work together and have fun with each other. Healthy relationships fostered can lead to the achievement of lifelong dreams, while those that suffer from an imbalance of any sort may take us down paths of great disappointment.

Many of us are aware of the importance of creating a healthy work/life balance. How about ensuring a healthy give/take balance, especially in those relationships that are important to us? The well-being of our associations depends on both parties making sure that the other person is not being pulled too much in one direction.

"Do not be deceived, God is not mocked; for whatever a man sows, this he will also reap." – Galatians 6:7

— and one that sows nothing, reaps nothing.

Experience is making it clear to me, in events for example that I have worked on, that when all parties involved (event planners, guest speakers, partners, promoters) are in sync, each contributing their best where they should, successful results are easier reaped. But when some members of the group sow faithfully, working hard, while others, unconcerned, only show up towards the finish line, success even if achieved becomes dampened.

You may have heard about the rift between hip hop artists Drake and Meek Mill which happened recently. The latter (Meek Mill) got upset because Drake failed to retweet (share) information about a newly released collaboration they had just done. This led to a huge "fight" or "beef" between the two that for weeks played out on social media and gossip columns with fans of course joining in. Then there was also the case of Rick Ross being sued by a promotions company for not heavily promoting a January superbowl party (which ended up being cancelled) to his 13 million followers after he was paid $55,000 to do so.

These are examples of frustrations resulting from human beings feeling they are involved in one-sided agreements.

Here is how we can minimize ending up in similar predicaments as leaders:

– Choose to work with committed people that share common goals so that many hands can indeed make the work lighter. Productive colloborations happen when both parties participate fully in various aspects (as agreed) of a business/personal relationship inorder to nurture, develop and successfully implement projects. This breeds longetivity and fosters a healthy sense of kinship.

– Never take the team for granted. Whether it's showing respect, putting forth needed effort, supporting a friend, loving another … it's important to do the work and make sacrifices in creating a healthy two way street of give and take. Operate from a conscious place.

– Recognize and acknowledge the futility of one-sided relationships. The only way to change a situation is to first recognize that it's broken and headed in the wrong direction. When facing this problem, two things we shouldn't do are 1) make excuses for the other party, and 2) sweep things under a rug. A stitch in time saves nine.

– Communicate. Call to the attention of the other party the one-sidedness of affairs in your joint effort. The other party may not even be aware of it. And will likely take steps to become more engaged in your partnership.

– Somethings are not meant to be. Don't be trying to draw water from a dry well. Knowing when to say "good bye" is crucial in eliminating unnecessary pressure and stress.

As leaders with integrity, saying NO is sometimes best for everyone. I'm learning to refrain from committing where I'm unable to bring full value to the table. It hurts the team and takes away from the project. And when we do commit and give our best, magic happens.

Cheers to your success! Love to you this September.

2015-09-07
Previous Post: “Whatever is directing my mind is going to direct my life,” says Paula White
Next Post: Say “Thank You” to someone who may not be expecting it