Sad headlines indeed. Surprising? Many, including myself would admit, "not so much". 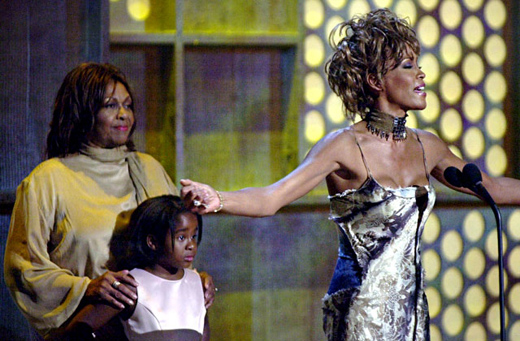 We women are strongly connected to our children from the time they are conceived in our wombs through later years. When a woman suffers, it naturally filters down to her children, and when she's happy, the family is happy.

Observing a little closer, it becomes clearer that families are significantly impacted by either how empowered or weakened the woman becomes. Entire family lineages can be strengthened or destabilized by the mother's circumstances and situation; some (actually MOST in third world countries) of which she basically has no control over.

The bonds between mothers and daughters can be especially strong.

The decisions a mother makes affect not only her, but everyone linked to her – because she is the nurturer, caregiver, she is a leader. She is also mom, daughter, a wife, a sister, a friend. A man may make wrong choices but still move on with his life, however, Mr Consequences has a way of weighing heavier on the woman and her children.

For me personally, Whitney's life was a strong message to all powerful women. And yes, we are all powerful – purpose driven, gifted and talented, called to fulfill a divine purpose. In a 2012 article written after her death, I noted, "I believe that whenever we try to make ourselves less of who we are, or more of what we are not, we inevitably become unaligned with why we were created," in The Life and Legacy of an ICON. Whitney Houston – lessons learned

As I approach 40, it is becoming clearer to me the importance of setting clear boundaries, and being firm in our NO-s. Also vital is being able to put our welfare and happiness at the forefront of our decision making. Not only for the good of ourselves, but also for the sake of our children and loved ones.

Since the death of Whitney, I have as a mother often wondered how the daughter she left behind – whom she dearly loved and was very close to – would fare!? How would she navigate through life, what demons would Bobbie Kristina have to fight for the rest of her life?

Today, as news outlets report of a 'bleak' prognosis on the daughter of the pop star, one cannot help but feel a sense of sadness – how one life rubs off on another.

I especially reflect on what it means to be a woman, a mother and how my life impacts the lives of my children. Most of us growing up were exposed to unpleasant situations of varying degrees, and are today haunted by those memories. After all, don't they say children become what they live? A part of living life is finding tools that help us deal with difficulties, coping strategies of sorts. A spiritual connection with the most High God heals and soothes. How will our kids fare? Are we protecting them and minimizing painful memories in their future?

Today, I join many around the world to offer a prayer and warm get-well-soon wishes to Bobbi Kristina and family. That she would be alright.

Also in our thoughts are those suffereing from depression and other forms of mental health challenges. We also remember the thousands of girls and women hurting because of inhumane decisions and selfish customs, laws and traditions, over which they have no control. We can be their voice. We can help make a difference, because women & girls tend to be just a little more vulnerable.

Ladies, uphold and uplift each other.

2015-02-01
Previous Post: Reflections on MLK Day: What type of leader am I?
Next Post: Happy Valentine’s Day. Yes, you are LOVEABLE just as you are