The South Sudanese lady who inspired me 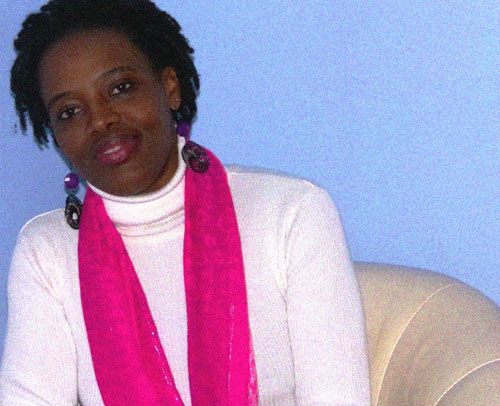 Passionate about your work? Do you feel blessed in being able to follow your dreams and pursuing the purpose for which you believe you were created? If yes, then you're just like me.

Life unfolds as we live it. One can never really tell what the next day brings. It is exciting to give one's best at every turn of the journey of living out the full length and breadth of our existence.

As you may be aware, me and a group of special ladies at Women Are Core have been working on a 3K Run/Walk for South Sudan taking place this September 13th, in Atlanta GA. Our work presents us the unique opportunity of being able to connect with women from different countries, with whom we share our experiences while being a voice for marginalized women and children.

Working on this initiative has been a most humbling experience. For the first time, I am coming face to face with women who are survivors and champions in the real sense. Not because they are making lots of money, but because they stand strong having survived harsh blows life has dealt them. What these women have experienced, most of us can't even begin to imagine. It is humbling because one is not just reading these stories on some news article; these are real people – we hold hands, laugh together and shed a tear or two.

Recently, I met with a young South Sudanese sister here in Atlanta. We will call her J. For background info on South Sudan, click here. From her I got the following information first hand:

A common occurrence. People are dying "left and right" in South Sudan and they have become accustomed to it. Since the outbreak of war in the country this past December 2013, we are learning that over half of the country's population is living in camps. J told me a story about a 10 year old girl who recently, used to come over and help out her mother with chores back in South Sudan. The child would fetch water, sweep around the house and run errands. J's mother became close to the child and took her under her wing. A couple of weeks ago when J called back home, she was told that the little girl had fallen sick. She had been taken to the hospital and released almost immediately after light treatment, despite the fact that the child continued to complain of stomach pains, head pains and could barely speak on the phone when J tried to find out from her what was wrong. The family was helpless as they watched this 10 year old girl slip away. Sure, when J called back a few days ago, the 10 year old had died. Just more innocent life senselessly lost? J says that's everyday life in her country. People dying left and right.

Is it worth it? J is studying psychology here is Atlanta. After school, she wants to return to South Sudan to help rebuild … but then, she pauses mid-sentence wondering what she would really be going back to. "Is it worth it?" Where does one start? J noted that South Sudan being such a new country after gaining independence in 2011 is a blank canvas; erupting into war without giving the government a chance to get things right had done nothing but set the country back.

Who do you think you are? I also learned that South Sudanese in the country are not always welcoming of their citizens from abroad who return home to help. There is resentment there. The educated as they are refered to, are believed to have come back to "show off" because they "think they are better than everybody else". J noted that highly educated South Sudanese (from abroad) had been targetted and many killed during recent uprisings in the country. I must note that this sort of rivalry does not only happen in South Sudan; a couple of my friends from other countries have complained of the resentment and serious push backs they've faced upon returning home.

Minute differences between us. We talked about the war being fueled by tribal divisions. J explained that this really didn't make sense because most South Sudanese had close family members that belonged to both warring tribes. She said when one digs deeper, one notices that both tribes are intertwined in many ways. She however noted that her generation is not buying into that; they will remain friends, striving to work together. That was good to hear.

Resilient women. I pointed out to J that I had noticed South Sudanese women were strong and they seem to be on the quiet side. She said yes, especially amongst 'strangers', mainly due to language barriers.

We had an interesting conversation. J was excited I was from Cameroon, I was excited she is South Sudanese. We each felt like we had met a sister. I look forward to meeting more South Sudanese women, sharing their stories and working with them to make a difference in our communities.

Meanwhile, I thank the ladies of Women Are Core for their dedication and passion in giving back. I am most grateful to my team at DUNIA Magazine for the hardwork and commitment.

As we continue to work hard in planning the 3K Run/Walk for the women of South Sudan, we pray that you support the cause by registering for the event, donating, volunteering or becoming a member.

Thank you and please stay tuned. Have a fantastic day. 2014-07-29
Previous Post: Success means making sure one’s life lines up with their dreams
Next Post: “What if the woman is older than the man?” my son asked of Adam and Eve