Leadership: Harness the Power of SYNERGY in Team Building

"Where there is synergy, everyone wins." 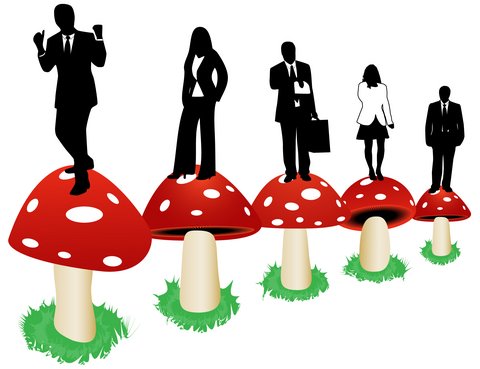 "SYNERGY is the essence of principle-centered leadership. It catalyzes, unifies, and unleashes the greatest powers within people.
Simply defined, synergy means that the whole is greater than the sum of its parts. The essence of synergy is to value differences – to respect them, to build on strengths, to compensate for weaknesses.
Synergy is almost as if the group collectively agrees to subordinate old scripts and to write new ones." - Stephen Covey in The 7 Habits of Highly Effective People

Principled leadership is ethical leadership. A principled leader is one who is not swayed by public opinion, who puts the interest of the team before his/hers, who only serves in organizations whose values are in line with his/hers, who gives credit where credit is due, a leader who takes responsibility when things go wrong and credits the team for success.

At the center of such leadership is synergy. Effective leaders understand that for a team to function properly, individuality must be respected. Such leaders seek to understand differences in personalities and then focus on helping develop individual strengths of team members for the good of the group.

Principle-centered leaders are neither forceful, over-bearing, nor authoritarian … instead, such leaders are collaborative, respectful and they lead by example, setting clear expectations and driving the team toward the achievement of goals. Such leaders are team builders, infusing the work environment with civility, understanding and reliability, such that members have a feeling of belonging, knowing they are appreciated.

Where there is synergy, individual members clearly understand their roles, knowing that effective execution is of utmost importance, and achieving success becomes a communal effort. Members fit into leadership roles designed around their areas of expertise. With these committed individuals working together, the goals at hand are easily met. Everyone wins, because everyone operates from a place of strength, supporting the other where weaknesses exist. Team members gives their best because they feel valued.

Stephen Corvey goes on to say, "Synergy works … It is effectiveness in an inter-dependent reality – it is teamwork, team building, the development of unity and creativity with other human beings."

Easier said than done, right? I must say, harnessing the power of synergy is no easy task for the leader who has to work with individuals of different character and not so similar experiences, to form a squad that is bonded and strives to win as a team. Connecting with the right people – those who understand that coming together for a common good offers forward moving leaders the perfect ground to collaborate and make an impact – is vital.

The challenge for the leader is thus to make sure that everyone on their team recognizes and taps into their full potential. Where there's synergy, one finds support, growth and development. Let's make this year the best of our lives.

Cheers to your success!

2014-04-16
Previous Post: Today’s Thoughts On Success: Self-Expectations
Next Post: Your Power to say “No”. Why it is important to USE it