The Importance of Keeping Emotions & Feelings in Check

"A gentle answer turns away wrath, but a harsh word stirs up anger." – Proverbs 15:1 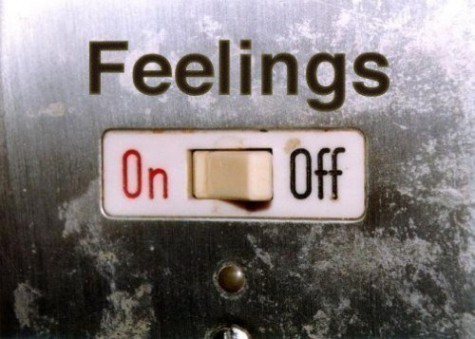 Emotions and feelings are very much a part of our make-up as human beings; they are an integral part of us. We develop new ones, learn how to deal with old ones and shed others as we journey on.

Today, I would like us to dwell on Emotions and Feelings for a minute.

Emotions: a natural instinctive state of mind deriving from one's circumstances, mood, or relationships with others.

Feelings: an emotional state or reaction It can thus be concluded that feelings stem from emotions, or in other words, feelings are products of emotions.

Emotions are largely driven by our perception of people, things and situations … and then somehow solidify into feelings. Emotions also tend to be temporary. Emotions can sometimes be raging, pulsating; at other times we may not even know they are there.

Every human being has feelings, every human being develops emotions. As leaders, it is very important to keep these in check as they can be huge influencers of our behavior and decision making … and yet have the reputation of changing as the wheels of time turn.

As a woman, I am particularly careful about allowing my feelings and emotions to interfere with my work. Women can sometimes be particularly vulnerable to the power of emotions since we tend to make decisions 'from the heart' … good at times, yeah; but not always that wise for business.

3 main reasons to keep feelings and emotions in check:

They are just 'your' feelings. Reality check: whether you’re feeling sad, fearful, disappointed, upset, embarrassed, remember that these are just ‘your feelings’. The larger world does not revolve around them. In fact, come to think of it, nobody really cares. A good starting point for leadership is to come to terms with this very cold business fact.

The focus in the work/business world is always on the bottom-line. It is important as an entrepreneur to not let feelings get in the way of your success when there's work to be done. On the other hand, the emotions you're feeling can be channeled into positive outcomes when instead of denying them, we understand 'why' and use them to guide us in moving forward.

Check your "Expectations". Your feelings do not define another person’s reality. Avoid projecting negative emotions and feelings on others. This is a pivotal leadership lesson that comes with experience. When we try to get others wrapped up in our emotions (especially negative ones), we push them away. Be mindful of ruining potentially solid business relationships because you were too caught up in 'what you expected" from them.

Raise the bar, yes. Set high expectations, yes. But also carefully manage those expectations and focus more on setting high standards for yourself that directly influence and rub off on your team and business associates. In other words, the best way to project what you expect is in leading by example, not hitting people over the head. Avoid using phrases like, “I’m disappointed in you.” …. “You don’t have what it takes.” … “You’re a failure.” … "You should have known better." … especially if that person put in their best. Instead choose positive words like these Ten Powerful Phrases by Rich DeVos.

Yes, as you will be called to make decisions which may be unfavorable to others, but let these be based on solid information and facts, not feelings.

Push pass them. Regardless of what or how you’re feelings, if there’s a job to be done, focus on the goals at hand. Forget someone “hurt my feelings”. In fact it is a sign of maturity to stay on task in situations where you were expected to pull back because of a hurtful occurence.

In conclusion: Emotions can be powerful triggers – those in pain are often triggered to cause pain, those dealing with hurt can sometimes find it hard to trust, those who've been cheated on tend to believe everyone is corrupt, those who've been betrayed are generally suspicious of everybody they meet. These are natural human reactions. The challenge for you the CEO is to step out of your own way by recognizing that the lenses through which you 'judge' may be clouded by your personal experiences. Keep an open mind and carefully seek to understand people and situations as they are.

Emotions have a way of changing over time, yet a missed opportunity is not easily recaptured or an uncompleted task given a second chance. Stay on task. Great leaders are steady and steadfast.

“Emotions come and go and can't be controlled so there's no reason to worry about them. That in the end, people should be judged by their actions since in the end it was actions that defined everyone.” ― Nicholas Sparks

"Do not give in too much to feelings. A overly sensitive heart is an unhappy possession on this shaky earth." – Johann Wolfgang von Goethe

2013-10-29
Previous Post: Favorite Quotations on Respect and Leadership
Next Post: The Psalms 121: The Lord Is Thy Keeper (in photos)