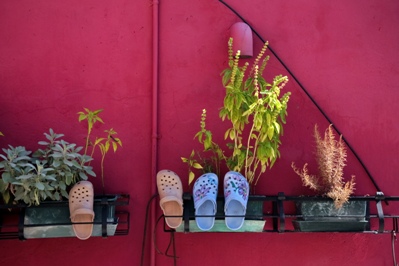 "Courage is the first of human qualities because it is the quality which guarantees the others." – Aristotle

"Inaction breeds doubt and fear. Action breeds confidence and courage. If you want to conquer fear, do not sit home and think about it. Go out and get busy." – Dale Carnegie

"Courage is resistance to fear, mastery of fear, not absence of fear." – Mark Twain

“Courage: the most important of all the virtues because without courage, you can't practice any other virtue consistently.” ― Maya Angelou

"I think that people need to have the courage of their convictions and not be trying to fool people into thinking that they've changed overnight." – Chris Bell

"Courtesy is as much a mark of a gentleman as courage." – Theodore Roosevelt

“I have accepted fear as part of life – specifically the fear of change… I have gone ahead despite the pounding in the heart that says: turn back….” ― Erica Jong

"True courage is a result of reasoning. A brave mind is always impregnable." – Jeremy Collier

"It often takes more courage to change one's opinion than to keep it." – Willy Brandt

"Any intelligent fool can make things bigger and more complex… It takes a touch of genius – and a lot of courage to move in the opposite direction." – Albert Einstein

"Courage is never to let your actions be influenced by your fears." – Arthur Koestler

"The kind of beauty I want most is the hard-to-get kind that comes from within – strength, courage, dignity." – Ruby Dee

"You cannot build character and courage by taking away a man's initiative and independence." – Abraham Lincoln

"As for courage and will – we cannot measure how much of each lies within us, we can only trust there will be sufficient to carry through trials which may lie ahead." – Andre Norton

"Failure is only postponed success as long as courage 'coaches' ambition. The habit of persistence is the habit of victory." – Herbert Kaufman

“The most courageous act is still to think for yourself. Aloud.” ― Coco Chanel

"I learned that courage was not the absence of fear, but the triumph over it. The brave man is not he who does not feel afraid, but he who conquers that fear." – Nelson Mandela

"Every man has his own courage, and is betrayed because he seeks in himself the courage of other persons." – Ralph Waldo Emerson

“It is curious that physical courage should be so common in the world and moral courage so rare.” – Mark Twain

“Courage isn't having the strength to go on – it is going on when you don't have strength.” – Napoleon Bonaparte

"Courage is the first of human qualities because it is the quality which guarantees the others." – Aristotle

"You have to accept whatever comes and the only important thing is that you meet it with courage and with the best that you have to give." – Eleanor Roosevelt

“Courage is not the absence of fear, but rather the judgement that something else is more important than fear.” – Meg Cabot

"You gain strength, courage, and confidence by every experience in which you really stop to look fear in the face. You are able to say to yourself, 'I lived through this horror. I can take the next thing that comes along.'" – Eleanor Roosevelt

"Courtesy is as much a mark of a gentleman as courage." – Theodore Roosevelt

"It is only through labor and painful effort, by grim energy and resolute courage, that we move on to better things." – Theodore Roosevelt

“Just because you fail once doesn't mean you're gonna fail at everything.” – Marilyn Monroe

"You gain strength, courage, and confidence by every experience in which you really stop to look fear in the face. You are able to say to yourself, 'I lived through this horror. I can take the next thing that comes along.'" – Eleanor Roosevelt