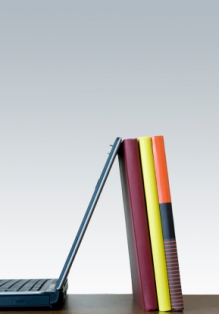 According to recent network marketing statistics, over 56 million people in over 100 countries today are involved in the industry of in some way, generating over a billion dollars in annual sales. Many have found financial freedom, and learned solid business lessons. I would like to summarize those I have learned into the following 3 points:

1. Every solid business model has a Proven Success System.

I remember when I started in MLM back in 2006, the thing I began to hear very often was "follow the system and you will have success." If following the system was going to bring me success, which is what I was looking for in this industry then I needed to understand what this system was. And so, everything I was told to do, I did with lots of enthusiasm and focus … including those steps that did not quite make sense to me at the time. Sure enough, success began to happen. We were always at national conventions, attended all area trainings, I participated at weekly meetings; they said presenters make the most money, so I threw all caution to the air and boldly stepped infront of the room, teaching myself how to speak effectively in public; they said it's a numbers game and so I continuously built on my list and focused on reaching as many people with my opportunity as I could. Sure enough, 19 months later, we were at the top of the compensation plan.

As I continue to study the journey of successful people, I now know with certainty that everything is pretty much based on a system. Whether it's the legal system, the school system, your city airport, the work place, tapping into your faith, blogging, entertainment, running a franchise, even day to day things like gaining followers on twitter, etc are structured around systems that work IF you work them.

One of the main reasons why businesses don't work out is because owners do not understand what fuels them and how to keep that fuel burning. Most entrepreneurs, especially the 'smart' ones find themselves stuck when they focus on doing things their way, … you know by following the logical steps that seem to make sense to them. Don't try to re-invent the wheel, instead of focus on finding out what works, how it works and why it works.

Albert Einstein said: "A man should look for what is, and not what he thinks should be."

These days anyone can google their way to success by researching 'how to….'. It's never been easier.

2. Success comes to those who relentlessly pursue it.

No compromise, no excuses, no shortcuts, quitting is not an option … and success will have no choice but to happen as you pursue your dreams.

No compromise – well, everyone compromises on something, I agree. However, what we choose to compromise on in life is what makes the difference between those who 'make it' and those who don't. Most network marketing representatives compromise when it comes to their business, which is no wonder 97% of them never really make it. Tho ones who eventually succeed are those who make their businesses a priority from the beginning; you'll find with them business is just as important, if not more important than their jobs.

Personally, I will tell you that I would rather give up going out to have a good time, watching TV, chit-chatting on the phone, etc, in order to pay attention to my business. My business has always came first which is why there has never been a place for a 'job' in my life. It stays on top of my priority list because if affords me the life I desire for myself and my family – to be home with my kids. So, ask yourself: are you pursuing your business with all you got?

What works is always what you pay the most attention to. Your life swings in the direction you are most focused on. This is a life rule. So ask yourself what you are focusing on more. Are you focused on the positive in growing your business, or is your energy being channeled into undesireables?

Sweat, blood and tears is the stuff success is made of, freedom and fullfillment are the by-products. You make the choice. Success in business is never convenient. "I'll get to it when I can," just doesn't cut it these days. To succeed, you must commit 100%.

One of my favourite quotes is by Mary Kay Ash's, it sums it all up: "You can have anything in this world you want, if you want it badly enough and if you are willing to pay the price."

3. The leader dictates the pace of the team.

"If it's to be done, it's up to me," the leader says. Leaders carry the burden, they take on the responsibility of building.  An MLM leader understands that things don't just happen, you have to make them happen. He understands that failure is not an option and he is not afraid to step up and take control. He is not afraid to speak up and to always go the extra mile. He is certainly not afraid of change either. I learned that you will only go as far as the leader you are determined to become in any situation you find yourself in. At the core of leadership is a deep determination to always perform at your best and never make excuses; to face challenges, not shy away from them; to stay on course when everyone else is gone … until the job is done. Look around you at home, in church, the neighbourhood, at school, work place – things get done when leaders step up and step in, determined to make them work.

I always say, and I firmly believe that anyone who succeeds in network marketing can pretty much succeed at anything. MLM is a hands-on, on the field school of business course, very much unlike anything else. You earn as you learn, you sow what you reap … isn't that what life is really about – an unending series of lessons? Challenge yourself to win!