In: Business Building
Tagged: skill versus character, the character of a leader, what makes leaders special

What makes a leader great?

It always boils down to leadership. At work, in school, in business, in different avenues of our lives, we are often called to be leaders or followers and sometimes both. Leadership as you can tell, is pivotal in any organization. We have already written several articles on leadership (10 qualities of a leader, The Portrait of a Leader, A Good Mentor)  … and because it a fundamental aspect of everyone's life, you just might see more. It is a fascinating subject, at the very center of our lives.

While reading The Secret by Ken Blanchard and Mark Miller, about what great leaders know and do. I came across this analogy, which I would like to share with you today. 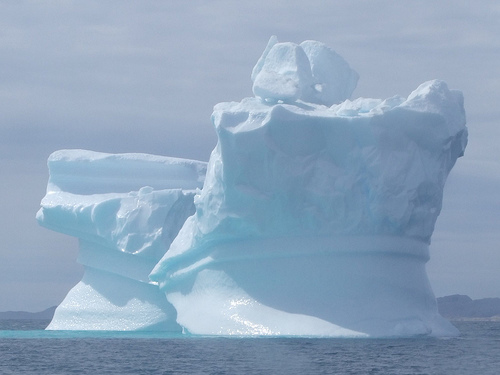 Leadership is like an iceberg, which normally has 2 components: the one above the water (visible) and the invisible component below water. The visible part which is above the waterline is usually smaller (about 20% of the iceberg) than that below it. Leadership is a lot like that; it is more about what people don't see than what is visible to the world. The invisible part of the iceberg that is immersed in water, you can consider to be the character of the leader;  and that which is visible to the world, yet is the smaller of the two represents the skills a leader possesses.

The character is who you are, it is your being and it a critical part of your leadership.
Skills on the other hand are even more highly regarded by the world today. Skills are necessary in order to get the results that keep organizations and businesses running, without which these crumble. Many believe that the skills they possess to get the job done make them better and more effective leaders.

The truth is, both are necessary components of leadership. In as much as skills bring in results, the character of the leader provides the ground on which these results flourish. Without character, the results are unsustainable.

Now, let's get back to the iceberg. Back in the day, when ships ran into these icebergs in the northern seas, what sunk them: was it the part of the iceberg that was visible or the unseen part below the water that caused these tragedies?
You will agree with me that science teaches us that it was that which was below the water.
This goes to show that character and/or the lack of it, is the nemesis of most leaders today.

Now, here is the million dollar question: if you had to choose between a leader with character and one with skills, which way would you go? Leadership experts tell us that in as much as organizations and companies prefer leaders with both qualities, it is better to go with a leader with character, because you can help them develop the necessary skills. It is almost impossible to go vice versa … like they say, you cannot teach an old dog new tricks.