What’s Your Legacy Going To Be? 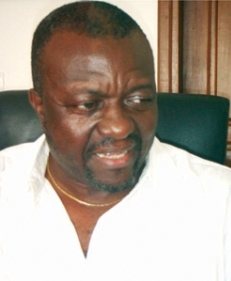 That
morning, for me was a morning like any other. One of  the first things I always do is reach for my phone and check if I have
received any emails worth reading before getting out of bed. That’s when I read
about the tragic death of the well known journalist, Pius Njawe.
Immediately, a flood of memories came rushing into my mind. I thought
about the fact that even as a little girl, who did not know much about
journalism, or newspapers (honestly, what young teenager really cares
about news anyway?), I used to look forward to browsing through “Le
Messager” a national newspaper founded by Pius Njawe. Frankly speaking only one section of the newspaper was
really interesting to me, the funny cartoons: “Nyemb Popoli”. Not surprising at
all right?

That simple thought put a smile on my sad face as I lay there reminiscing.

The
name Pius Njawe brings more than just the distant memory of a famous
newspaper though; To me it is closely related to a period of political
turmoil, the introduction to my vocabulary of the word “democracy”. It
is synonym of resilience, perseverance, having a purpose, believing in
it and fighting for it without compromise, just as Pius Njawe fought for the rights of Cameroonians, with Le Messager as his voice. I could go and on, in fact
I didn’t realize how much of an impact this giant of the press had had on
my life until this day when I heard of his tragic death.

It
is only then that i started realizing that people like him pioneered
something very important for my generation in Cameroon, and I am certain that it went
further than that. Rather than a distant story that we hear
about from history books about individuals who fought for independence,
or other great causes, he was a close example my generation could relate to. And I
firmly believe that the fact that students, despite all sorts of intimidation, were able to
stand up for their rights
for a better education in different universities across the country
in the 90’s, was as a result of the courage shown by freedom fighters like Pius Njawe. It is, after all,  the byproduct of that same generation,
CAMDIAC (Cameroon Diaspora for Change), that invited him for a meeting in the United States early this month, a visit that we all know ended tragically when a car accident claimed his life. In a
way he was still fighting for the things he believed in: positive
change for his nation.
Instead
of elaborating on his life (I am sure we can find numerous articles on the world wide web to cover that), as we remember,
mourn and reflect on his work, it is also a good time to
think about what kind of legacy we are going to leave behind once we depart from this
earth. You don’t have to be a popular, well known person
to impact the world. Pius was no president, nor was he a Bill Gates or Nelson
Mandela, but he touched lives. He had a gift and he developed it, doing
something that he loved, he was able to serve others,
to serve a nation and set an indelible example. When he encountered trials, he did not wallow in
sorrows, nor did he host pity parties – although he had enough reasons to (he was reportedly arrested 126 times, his wife lost their unborn child
while at the mercy of prison guards when she came to visit him during
one of his prison stays ….) – instead he found ways to keep writing,
even when he was forbidden to do so. He had an assignment  he believed in and
he fought for it.
A
lot of us spend more time complaining about how bad things are, how
incompetent the government is …. and spend virtually no time actually doing
something about it. Without minimizing the veracity of some of these
complains, we have to realize that most of the time the solution or at
least the beginning of a solution lies within our hands. Each of us
has the power within ourselves to leave a mark. Even if it is
just on one person, who knows if that person will be in return the next
Martin Luther King? You and I have a unique gift and what we can do no
one else can.

Let’s think about
this: when was the last time we did something to bless somebody else? And when was
the last time we complained about how bad the health care system is in
our country is? I will let you do the math. For some this might mean
sacrificing their morning cup of coffee, but at the end of the day is
it not what it boils down to? To be willing to sacrifice for the good of another, to
give when we are not asked, to use our talents, to give of our time or of
our resources?

For Pius Njawe it was the use of words. In an interview he gave a month before his death, he said “A
word can be more powerful than a weapon, and I believe that with a word
we can build a better world and make happier people. So why give up
while duty still calls? No one will silence me except the Lord before
I achieve what I consider as a mission, in my native country, in
Africa, and why not in the world”.

What is our mission? Is it not about time we find what our individual
mission on earth is and focus ourselves to the best we can to accomplish
it?

And
while we are at it, as we are reading this quote from him can we commit
to use our words in a constructive manner rather than using them as
weapons of destruction? For as much as words have the power to build and make people
happy, words can also accomplish the complete opposite in our lives and the lives of those around us.

Legacy:
something handed down from an ancestor or a predecessor or from the
past. You can only hand down what you have now, so let us think about
this as we remember Pius Njawe: what do I have now that will be passed
down to the next generation? How are my words used and how do they impact the people that hear them? What are people going to remember
me for? What is my legacy going to be?

Remember it is never too
late to start or restart. As long as he was breathing he never kept
silent. Will you?

The Importance of Thank You – A Little Girl's Prayer

2010-07-25
Previous Post: DUNIA Magazine – The Global Face of Greatness!
Next Post: The Essentials of Solid Leadership – The Lombardi Model