Twice as Hard – The Importance of a Solid Foundation 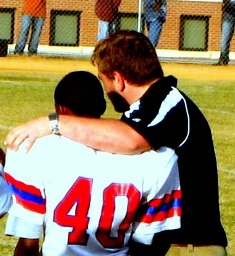 As I watched Warren Buffett’s
latest interview with the Huffington Post, I immediately understood that there
is a direct relationship between excellence
in children and success as an adult. In this interview, Buffett credits his
father for giving him a variety of advice and teaching him how to live. As one
of the richest Billionaires in the history of the world, Buffett notes that the
“best” advice he ever received
was from his father. One can discern from this comment that his father was the
driving force behind his success as an adult. If you are a parent or parent to
be, this definitely sparks a light-bulb.

Here’s the question. What if Warren Buffett had not
received this support from his father? What if his father had not taught him
these specific things? Would he still have been as successful as he is today? Maybe.
But I contend that things would have been twice
as hard for him, or he may not have been successful to the extent that he
is. He may have struggled a little more to find himself. He may have had to
work a little harder to compensate for what he lacked as a child. He may have
had to learn a few new things that he did not grow up knowing. Making amends in
these ways, would have taken up energy and time from the things that he really
ought to have been doing.

This sets up a powerful argument for teaching kids
excellence at a young age, so that they will not have to work twice as hard as adults. It takes focus.
It takes intensity. It takes sacrifice, and it takes persistence to teach kids
excellence. But the outcome is that you will be arming the child with tools to
make informed, logical decisions later in life. I don’t doubt that many adults
love their parents dearly. However, many adults will not have to work twice as
hard to find themselves and succeed in life if, as a child, they had a strong,
solid foundation that was rooted in the pursuit of excellence, or shaped by a
growth mentality. It is true that not everyone who excelled as a child, or who
had a solid family upbringing, will have an easy pass as an adult, but these
people are few and far between.

So, it is never a bad idea to teach kids excellence at an
early age or to arm them with a growth mentality. This is a foundation that
will set them up for life and give them a grounded perspective to make informed
decisions and choices as adults. It will help them plan their lives better,
choose careers wisely, make sound business decisions and grow a backbone.

The question remains, how do you teach a child
excellence? Unfortunately, there is no hard and fast rule on teaching
excellence. It varies from one parent to the other, depending on the degree of
the parent’s involvement, as well as the parent’s vision for the child. For starters,
it is important to make a concerted effort to bring your child to the top of
his or her class, and work towards the goal of reaching excellence with that
child. Some of the most successful people today, especially athletes, are
successful based on the investment that their parents made in them at an early
age. Yet others have become surgeons, astronauts, architects, engineers, and so
on, based on the educational values that their parents instilled in them at a
young age.

If you have young kids, the time is now…to
raise the bar on excellence!

Nicoline Ambe is an educator
and author. Visit her blog at www.growthmentality.com

Also by Nicoline Ambe on Face2Face  FAST FORWARD TO 70

NURTURING RELATIONSHIPS: Over French Fries and a Milk Shake

THE QUALITIES OF A CHAMPION