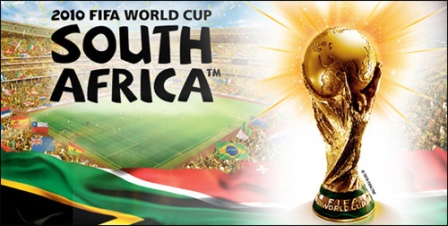 As far back on memory lane as I can go, I remember football as a game of excitement and fun growing up. Be it at our local school levels, provincial levels, divisional levels, national levels, continental levels and world levels, football (known as soccer in the U.S.) has always brought hope, incited passion and excitement in a people with little not much materially, but a great sense of pride – my country's people. Football has always been a sport that pulls people together.

Every four years, 32 teams from all over the world come to compete for the world cup. The Football World Cup is the most viewed sporting event in the world, governed by FIFA (Federation International de Football Association). This highly prestigious trophy is coveted by nations with a great passion for the game. 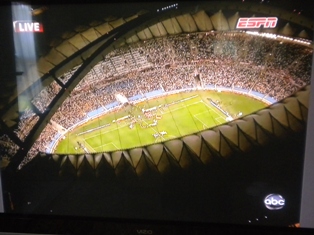 Hosted in 2002 by South Korea and Japan, 2006 by Germany, and now 2010 for the first time ever by an African country – South Africa. For a game of this magnitude, with millions of supporters in every corner of the world and several thousand visitors who will flood the cities of this beautiful nation, South Africa has stepped up to the plate, meeting all FIFA requirements and recommendations in terms of infrastructure and security.

On a grander scale, a positive light shines on a continent most often known for disease, poverty and corruption. June 11 to July 11 2010, the world cup will play out with Africa as the centerpiece – passionate competition in a very emotional game. The sight that touches my heart is that of clean, healthy, beautiful African children escorting the players out to the field.

Couple of days before the tournament, I was tickled by this article about a smelly training session experienced by New Zealand's national team. I thought smogs are pretty common in industrialized areas? Couldn't understand why this made the news.

Then, the day before the games started, we all enjoyed a life kick-off celebration concert featuring Angelique Kidjo, Hughs Masekela, Alicia Keys, John Legend, the Black Eyed Peas and of course Shakira with This Time for Africa and others. The excitement levels were high, we all went to bed in great anticipation of the start of this tournament the football world had been preparing for for the past 4 years.

Again, the world was to come face2face with the unexpected; early on the morning of June 11 the historic start day, the world was greeted with the sad news about the death of Mandela's great grand-daughter the night before. The absence of South Africa's beloved Nelson Mandela Mandiba in the opening game was felt by fans worldwide and by the South African team which took on the Mexico, ending in a 1-1 draw.

What makes this world cup even more special is the fact that South Africa the hosting country, once gripped by the dark hands of apathied in which the minority white population denied basic human rights to the majority black population, is now 'free'. For years, Nelson Mandela and other anti-apathied activists fought for equality sacrificing their lives and freedom. Mandela spent 27 years in prison, 18 of them on Robben Island, which happens to be less than 5 miles from the stadium in Capetown where many of the world cup matches are being played today. Because of this, South Africa stands to represent resilience, equality, love, hope and beauty. How about the vuvuzelas,  the controversial bee-sounding three foot long plastic trumpets that cause players on the field difficulty hearing each other, found to be irritating by TV viewers worldwide, unbearable to spectators but bring the excitement of European soccer to the tournament? Amidst rising complaints against the ear-splitting noise of South Africa's popular vuvuzelas, there has been talk about banning them from the tournament. As of today, FIFA caught between looking out for the needs of players fans and unwilling to offend local South Africans and spectators, has decided not to ban them for now, saying as long as they are not used to cause bodily injury to anybody in the field, they will stay.

6 African Nations are represented in the world cup: South Africa's Bafana Bafana, Algeria's Desert Foxes, Nigeria's Super Eagles, Ghana's Black Stars, The Elephants of Cote D'ivoire,  and Cameroon's Indomitable Lions. Today, Ghana became the first African country to win a world cup match on African soil when it beat Serbia 1-0. Algeria and Nigeria have each lost their first matches. Ghana's victory was celebrated by all Africans worldwide, who through the power of this great game stand as one. Tomorrow, my country Cameroon's Indomitable Lions, gold medal winners of the 2000 gold football olympics, probably the most well known football team in Africa, once known to be the kings of soccer in Africa will take to the South African football stage against Japan. Floating on wings of hope provided by Ghana, I now believe Cameroon will pull off a win.

World class football player Eto'o Fils, a beloved son of Cameroon who has risen to the highest levels of success as a football player carries the weight of his country's dreams on his shoulders. Preceded by highly publicized criticisms by legendary football star Roger Milla about not having done much for his country in football, which had Eto'o contemplating skipping the world cup, to Eto'o spending a staggering $1.3 million on gifts for his team mates, the brilliant Eto'o, one of the world's best players will play for his country tomorrow. His legacy especially, among his countrymen balances on his performance at this world cup tournament. Whether it's about proving Milla wrong, about keeping Cameroon's place as Africa's kings of the soccer forest (lions), making fans proud, re-igniting a nation's hope … whatever it is, the Lions are expected to perform brilliantly this year. I and several others, especially my friend Eli Y will be holding our breaths.

I believe what makes the world cup so unique is the fact that these players known by name, treated as heroes carry the responsibility of nations on their shoulders; not always about them, they play hard for the nations they represent. The passion is evident as emotions soar. For the first time ever, the united states is broadcasting all matches live on ESPN and ABC, signs that this sport is gaining popularity – if that's possible.

The million dollar question: an African host for the first time, does Africa stand a chance of keeping the trophy? Against all odds, while I love watching football masters like Germany, Brazil, Argentina, Italy, etc, I believe it is time for Africa all the way.

Expectantly we watch the 2010 FIFA World Cup, with excitement we cheer on our teams as the words of Nelson Mandela resound across the land, "…never and never again will this great land experience the oppression of one over the other…"