Africa’s performance at the World Cup 2010 invites critics from the sidelines. 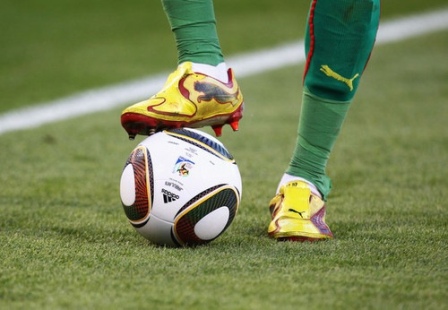 As I start, I must admit my thoughts are so deep, they are running in all directions. The world cup 2010, hosted in South Africa has been nothing short of difficult to watch for most African football fans. Clutching at straws, praying with hope, we have time after time been faced with more questions than answers, and disappointment after disappointment.

The FIFA World Cup is a representation of countries – the dreams of its people, the pride of citizens. The most watched sporting event in the world,  it stands to bring out the deepest and most raw emotions in fans … ranging from heartfelt celebrations to senseless acts of violence to deafening silence across cities. It brings joy and pride that unites nations, yet causes rage against the very ones who get out on the field to make their nations proud.

For African teams, it all started with the death of South Africa's Nelson Mandela's great grand daughter on the eve of the world cup tournament. While the South African team went out to face Mexico in the first game, other South Africans were mourning with the family of their beloved Madiba. That game ended in a tie, and although we were entertained by pictures of Archbishop Desmond Tutu dancing in celebration after the goal by South Africa's Bafana Bafana, for some the tragedy that struck the Mandela family hung in the air like a thick smog. That to many Africans (who happen to be in some ways superstitious), was not a good start – as Nelson Mandela stands for what most consider to be the essence of South Africa – freedom. Where was the favorite son of the land, the one whose presence alone would have been a great source of motivation, the one the world was looking forward to catching a glimpse of? His absence was deeply felt.

The next day, Nigeria lost to Argentina 1-0. Tensions began to mount. Day number 3, Algeria lost to Slovenia by another 1 goal. And then, Ghana faced Serbia and came off with a 1-0 win against the European team, and wnet down in history as the first African team to ever score a world cup goal on African soil. The African continent was ignited with celebration and hope. In many African homes across the world, discussions of Africa's chances were becoming positive. In Accra, Ghana, this win was celebrated into the early morning hours.  A glimpse of light, strong enough to ignite our dreams of doing well in this highly prestigious, highly contested world tournament. Yes, it might indeed be the time for Africa.

Chinks in the armour of hope once more as the Indomitable Lions of Cameroon squared off with Japan. Highly favored to win, it became obvious at the very beginning that the Lions were struggling to find themselves, appearing not to understand the game plan, as a win slipped out of reach and the indomitable lions – the most experienced football team in Africa, fell to Japan 0-1, granting Japan their first ever win in a world cup.

Cote D'Ivoire, though looking sharp couldn't pull off a win against Portugal, which they clearly needed as they seem to be in the so-called "group of death" – with football powerhouse Brazil and North Korea. Although Algeria lost to Slovenia by a goal in game 1, they made it clear that they are no walk-over by denying the highly talented, 'football celebrity studded' English team a win … sparking a media outrage in Britain.

The down hill slide continued when Bafana Bafana took a 0-3 beating from Uraguay, side by side with  pictures of Mandela's family laying their child to rest. Nigeria went on to loose it's second match 1-2 to Greece, in a match that was well talked about – as a Nigerian player clearly displaying a lack of discipline committed a foul against a Greek; a foul that earned him a red card. This totally changed the tone of the game, throwing Nigerians off balance and earning them another loss. The bottom line is, the emotional roller-coaster for the continent continued. I believe the most heartfelt loss for me and millions so far came with the defeat of the Cameroon team by Denmark 1-2, yesterday – saturday June 19th, in a game that the Lions absolutely needed to win in order to stay in the competition. Although Cameroon scored the first goal, clearly played a good game, they played to make their country and continent proud, fought to stay on, but it just wasn't meant to be. The fight of the Lion, the determination of talented players, the prayers of an entire continent were not enough. Another painful loss, another silent night across the devastated West African country … the only consolation being that our boys fought hard, but the chips fell in someone else's favor.

As a football fan in support of my national team, and a strong compatriot of my country Cameroon, who loves my motherland Africa, though sad and feeling like the air has been knocked out of me, I immediately recognize 2 things that are sure to happen:

1 – Airwaves and information superhighways like the internet will be flooded with criticism of Africans … understandably so, everyone who performs poorly gets criticized. But I also know most will criticize us out of dark emotions, hiding behind the platform of football. Once again, the critics, racists, haters and cynics will raise their ugly voices against the people of this beautiful continent. South Africa is doing a good job hosting so far, on that front, we are covered, but cynics will rise from all corners of the globe to tell us how incompetent we are and have always been. I have been struck by the somewhat condescending tone of some TV commentators and snide comments they make. We might be silent, but we hear you.

An article I read yesterday – 'African teams continue to struggle at own World Cup' – is a clear example of what I am talking about. It struck a chord in me. The sarcasm of this article, the rudeness, his choice of words … although the writer does have several valid points, this article stinks of disrespect. The following line is just one of many:

"To say the host (referring to South Africa) folded meekly in their must-win match versus Uraguay would be an insult to folding."

Everyone is free to express their views, I thought the world was moving away from such ignorant disrespect. " … African teams are simply not equipped for challenge for the top footballing honor," he says.

The 2000 Olympics gold was clinched by Cameroon, nations like Italy, Brazil, Spain and the United States were represented. Cameroon actually defeated Spain to win that year. We have reached the quarterfinals of a world cup, a feat that has escaped some of the most popular football countries for decades … we may be under-performing on our continent, but that's sports and African teams cannot be so easily brushed aside when it comes to football.

2. I strongly believe that this might be the turning point as far as African football is concerned. I believe most African nations will learn from this and be forced to take a second look at developing the football set-up of their nations. Football happens to be a source of pride for these nations, a symbol of what they are capable of. Our performance so far in South Africa has been somewhat 'very embarrassing', I agree. But slowly but surely, changes will be made. We will be called to play a part in little ways. African teams are in no way lacking in talent, but talent is not always the only ingredient for a win – obviously. I pray, we begin to make the moves in the right direction. I believe one day, Africa will win this tournament.

Everyone can explain why Spain would loose to Switzerland, or France is out of sorts, or England is sliding down, or Germany takes a beating from Serbia, but they will crucify us for loosing matches. Let us lambaste ourselves just as the English media is doing it's national team. We do not need a bunch of spineless critics and know-it-alls breathing down our necks. We have had enough of that. We are on the internet, we are blogging too … we are no longer restricted to the villages of Africa. We will speak up and protect our people. Problems are gates for improvement and Africans recognize that.

Although we have a lot of work to do to fine-tune our football talents towards world cup wins, I now know that the South African World Cup will be known as the turning point. We have African teams that may well progress deep into the tournament – Ghana, Ivory Coast, and Algeria are my best picks for now. But whatever happens, we do have a lot of work ahead of us. ON the shoulders of Abedi Pele, Nwankwo Kanu, George Weah, Roger Milla, Omam Biyik, Rigobert Song, Didier Drogba, Michael Essien, Samuel Eto'o and countless other famous African footballers, plus players of African origin who play for other countries, we will forge ahead.

Social Media has played a great role in my soccer experience this year. We came together rooting for our teams, and then I witnessed the devastation, the heartbreak, the tears, the sadness, the anger, the consolation … it was great to experience this with others … the one thing I took away was, we all care and we are all for a better Africa.

As my 7 year old noticed the mood begin to change at home as Cameroon came out defeated yesterday, she tried to console us, saying, "mommy, I think Cameroon would have won if daddy had played."

I thought that was so funny and I gave her a huge hug.

As the roar of the Lions quiets down, and the tears of this defeat dry off, the strength and resilience of Africa continues. The Elephant still fights, for how much longer it is hard to tell, the Black Star shines a much needed light in the dark skies … in spite of it all, life goes on and we continue to stand as one for mother Africa …

2010-06-20
Previous Post: TIME and MONEY – The Possibility of having both.
Next Post: The Importance of POLITENESS in Relationships