Once in a
Lifetime 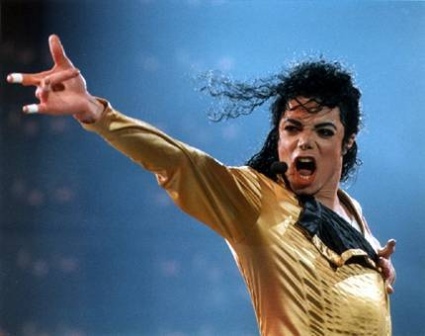 It was Thursday June 25, 2009. I had just dropped my kids off at the babysitter's. 5.30 pm that evening, my normal routine would be to take a 30 minute nap and then get ready for our weekly Thursday business opportunity meeting in the Atlanta area at 7.30pm. As I lay down in a house that was finally quiet with the kids gone, my cell phone signaled an incoming text message. Seeing it was from my husband Al, of course I was smiling as I began to read it but that smile would only last for a split second. His message read: "I don't know how you will take this, I know you really liked him but Michael Jackson is dead."

What? At the speed of light, I jumped out of bed and dived for the remote control, turning the TV on to CNN. I honestly believed it was probably some rumors that had started at work. To my greatest dismay, CNN was reporting that an unconscious MJ had been rushed to the hospital as fans, journalists, friends began to gather around the hospital. Praying and hoping for the best, needing some reassurance, I called Al and told him MJ was not dead, but in some kind of trouble. Trying not to dash my hopes, he gently explained that CNN was probably just being cautious. As I flipped channels, I began to notice that TMZ and others had already confirmed the death of Michael Jackson. I joined millions of fans worldwide praying this was not happening. Of course, it wasn't long before CNN broke the news that Michael Jackson had indeed died.

As I drove to the meeting that evening, listening as shock waves spread across the city with devastated 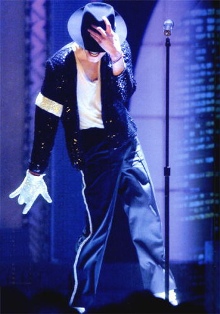 fans and well wishers calling in and songs of MJ playing back to back, I was taken back to my childhood. My parents had 7 children, we grew up with cousins and other close relatives at home. I don't believe there was ever any time when there were less than 12 of us at home. I remembered the eighties after the release of Thriller, those evenings when we would watch MJ's thriller and dance along, those nights when it was hard to sleep after watching the epic masterpiece that is today still the greatest selling music of all time, the dancing sessions and laughter-filled days of us as kids beating it with him, these were memories of such pure happiness that were brought to us by this icon. Michael Jackson's music was an integral part of those days. Although we could not understand the words perfectly and 'beat it' was 'peel eee', the voice, the words of Michael Jackson planted seeds of hope, happiness, self-believe, faith, humility, love in our hearts. I was forced to relieve those moments as I drove that day.

How could MJ be gone? Hit after hit, after hit, after hit. His music continued on with me all through my life. Songs like Heal the Word, Bad, Smooth Criminal, Man in the Mirror, We are the World, They don't care about us, Earth Song, Give in to Me, etc. How they have helped me dig deep, inspired me over the years. In some of the darkest moments and some of my happiest moments, his songs carried me through. Even today, I can't begin to tell you how many times I watch his 'Number Ones' at moments when I need to self-motivate.

Like millions worldwide, the death of MJ was surreal. He was someone I never thought would leave so soon. Despite his trials and tribulations, I believed he always would be there. How could he die – this larger than life figure?

Talented, creative, trendsetter, humanitarian, pioneer. Through his years of personal woes and struggles, I remained a fan. My love for Michael Jackson was unfailing, the mark of his music evident, encouraging us to be better, be more and give more. He was a gentle soul, one forced to face his insecurities and human struggles in the public eye.

He was a gift, the greatest entertainer ever to live, loved across the world, known in the most remote areas of the globe, in the villages in Africa. He was a jewel to the world, a child who wanted to be great and became great, he spoke words of love, togetherness and peace in his music, he pointed out injustices and rallied behind the sick and helpless. His was a life dedicated to making a difference doing what he was born to do – entertain. MJ was a gentle soul … and although he left too soon, his death was another reminder that the call of Jehovah comes like a stranger in the night.

Through his music, his legacy lives on … and I join the millions worldwide today who remember a young child who grew into a worldwide phenomenon in front of us and entertained us like no other ever will again. May his soul rest in peace.

2010-06-25
Previous Post: America’s Remarkable Performance at the World Cup – Lessons Learned
Next Post: What to expect in Network Marketing