MOTIVATION: An Inspiring Record of Failures

In: Character Builders, Inspiration & Lessons Learned
Tagged: Abraham Lincoln's record, An inspiring record of failures, daily encouragement, failure to success, how to overcome failure, refusing to fail, you can never fail too many times

You can never fall too many
times. 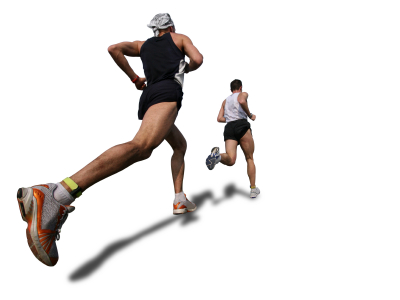 1961 – A
young man's family was forced out of their home, and he had to go to work to
support them. Not long after, he lost his mother.

1932 – He ran
for the legislature in Illinois, and was badly swamped.

1932 – He
lost his job, tried gaining admission into law school, but couldn't get in.

1933 – He
borrowed money from an old friend to start up a business, by the end of that
year, the business failed and he spent seventeen years of his life paying up
the debts of a worthless partner.

1934 – Then
he ran for state legislature again and this time, he won.

1935 – He was
in love with a beautiful young woman to whom he became engaged – then she died.
His heart was broken.

1936 – He had
a nervous breakdown and was bedridden for several months.

1938 – Then
he sought to become speaker of the state legislature and was defeated.

1946 – He ran
for congress again; this time he won. He went to Washington and did a good job.

1949 – He
then tried to get an appointment to the state Land Office – but failed.

1954 – He became
candidate for the United States Senate – and was badly defeated.

1956 – Two
years later he sought the vice presidential nomination at his party's national
convention and lost, with less than 100 votes.

1960 – He was
elected President of the United States of America.

One failure
after another – bad failures – great setbacks; but in the face of all this, he
kept on trying and became one of the greatest men in all history.

Perhaps, you’ve heard of him. His name was Abraham
Lincoln.