How to gain Support for your Business: 9 Successful Sales Tips 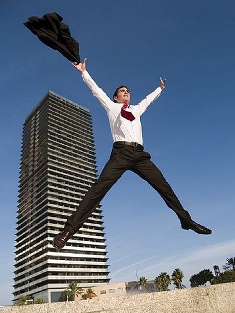 I was one of millions of viewers of the popular TV show American Idol yesterday. American Idol which airs every Tuesday and Wednesday evening gives an 'unknown' the chance to stardom based on their singing and performing talents decided by America's votes. Yesterday, I was especially looking forward to watching the show because artist turned entrepreneur P. Diddy was expected to perform.

A magnetic, sometimes controversial rap artist, P.Diddy over the years has spread his wings beyond music, to a popular clothing line Sean John, a line of fragrances plus other ventures he has created. On this day, I was watching carefully, wanting to learn and understand more about his "presentation".

With lots of energy and excitement, Diddy was introduced to the stage by Host Ryan Seacrest. His performance of newly released song was absolutely great with all the Diddy frills, class, swagg, choreography.

At the end of his performance, he said something like, "The song is now available on I-tunes. Go right now and download it. Right now, y'all!"

Bingo! He was SELLING, asking for support for his music as he urged fans to purchase his song. All those months from the conception of the song and it's production had now come down to this final phase – the sale.  On American Idol, he performed to entertain, yes, but primarily to introduce the world to this newest piece. And he was counting on viewers to make the purchase.

Continue reading in my new book SUCCESS ON YOUR TERMS: HOW TO DEFY THE ODDS AND LIVE YOUR BEST LIFE

2010-04-01
Previous Post: Quotes to inspire winning habits for success
Next Post: A Collection of Childhood Proverbs and Sayings.