Sure Signs and How to Overcome it 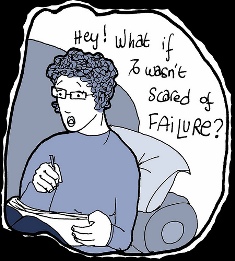 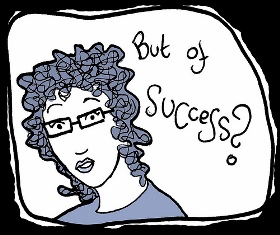 You know discussions on the fear of success are rather tricky because it seems rather unbelievable that anyone would fear success. Unlike other obvious fears like the fear of the unknown, fear of the dark, fear of people, and others, fear of success is most often unconscious, i.e. most people who suffer from it do not know they are victims of this powerful mental block. This fear is real and unless you recognize it, it is often incurable, but often manifests whenever victims voice their thoughts on 'success'. What is success anyway? Its definition differs per individual, although we all agree that success often comes with some kind of financial freedom and to most people involves some kind of financial independence as well. But whatever your definition of 'success' is, obviously, most people never really achieve it – for whatever reason. While most people simply believe success to be unattainable, others actually fear it and what this fear does is that it sets you up to never achieve success.

In order to overcome or help someone overcome this fear, you must first recognize it. Here are some signs:

1. When someone believes that success comes at a high price which they are not willing to pay or that is not worth paying, like time away from family and loved ones, time not doing the things you really want to do, endless sacrifices, etc. Believe you me, true success should not come at the expense of love and family. The reason most people seek to be successful is to have more time on their hands to spend with the ones they love and provide them with the things they deserve. The truly successful tend to achieve this. Those who seek fame or riches usually don't; these are the ones whom we hear about in the news, read about in papers or see portrayed in movies – because their primarily goals are more about amassing riches and attaining a certain status. Success is more about finding that balance in life … you work hard, but at something you love to do that means something to you and your family.

2. The belief that success does not bring happiness. Personally, I think this to be the biggest fear of success I have heard people talk about … I tend to believe it is an excuse folks make most of the time, in order to feel better about the fact that they are not where they need to be. Success is supposed to bring happiness, whatever your definition of happiness is. Most folks who are broke tend to be unhappy as well – which is not surprising if you are constantly worrying about where the next meal is going to come from, or how to keep your living quarters warm during the winter, and other ordinary day to day needs. Rich folks tend to have things that bother them as well. Happiness is an independent state of mind which I believe depends on an individual and has nothing to do with their status in life.

3. The belief that success self-destructs and turns people into something they are not. True, sometimes money gets into people's heads and they change, but that is only because they choose to. There are millions of very successful people who are as grounded and ordinary as they come. Like Oprah Winfrey says, success only makes you more of who you truly are … in other words, it brings out the real person. It is possible to make it and still retain your values and remain true to who you are.

4. The belief that you are not good enough and that others are better than you and more capable of getting the job done. Simply not true. Everyone starts from somewhere usually with nothing but self-belief and some good old determination to win. Arm yourself with these, recognizing the magic of you.

5. The belief that you are not deserving of abundance and the good things of life, maybe because of your past, your childhood and other limiting conditions of the past and sometimes present. Flip the switch and convince yourself that you like everyone is very deserving of the finer things of life, to live a meaningful existence and do the things you really want to do.

6. Last but not the least, the belief that success is not sustainable and that you might end up where you started even after achieving so much. Personally, I understand this, because I have felt it, but I have also come to realize that the journey of success itself arms you with priceless tools and wisdom gained from experiences that will always keep you ahead of the curve. Forward ever, backwards never – new opportunities always come your way, new horizons will be shown to you and you and only truly determines how far you want to go. Real success teaches you the valuable lesson of how to be smart.

Everyone deserves to live in prosperity, to live a fulfilled life and to be the best they can be at whatever they choose. Success, whatever you define it to be, is a good thing … one sure thing is that 'fear of success' eliminates all possibilities of achieving success from your mind, and eventually in your life; which explains why those who live with this fear always end up living a mediocre life. You are what you think. Embrace abundance, embrace happiness and move towards them. Do not resent others for pursuing it in their own way, we might be on different paths, but often, we seek the same things in life – to be successful and to make a difference in our own little ways. Like all fears, fear of success too is destroyed by action – move confidently in the direction of your dreams.