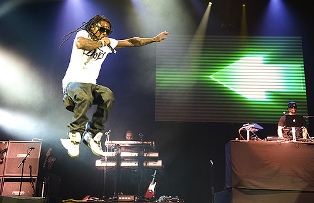 Born on September 27, 1982 to parents Jacida Carter and Dwayne Michael Turner, Dwayne Michael Carter, Jr best known as Lil Wayne grew up in the impoverished New Orleans neighborhood of Hollygrove. His parents separated when he was 2 years old. He and his mother were forced to move in with his father’s parents.  His early memories of his father are of the Senior Dwayne coming by every couple of weeks, often to beat up his mother.

Enrolled in the gifted program at his school, Lil Wayne’s musical abilities began to manifest at a very early age. Although an A student and excellent in drama, it wasn’t uncommon to find the young Lil Wayne, 9 years old, performing in parties and rapping in local nightclubs, where he would go up against older, more experienced local rappers.

Word of his talent on the mic began to spread, reaching CEO of local production company Cash Money Records Brian ‘Baby’ Williams (also known as Birdman), who immediately recognizing the talent of young Wayne, took him under his wings.

Wayne’s mother remarried some years later. His relationship with step dad Reginald Carter AKA Rabbit, was great, this was the father figure he had never had as Rabbit taught him how to be a man. They became very close, but the relation was cut short when just after four years, Rabbit was shot and killed in front of a gas station. Lil Wayne was devastated. 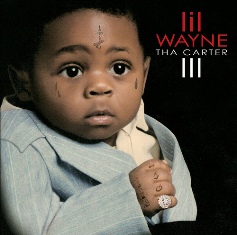 It was time to step up and be the man of the house. He felt a responsibility towards his mother, whom he dearly loved. He wanted to take care of her. So he dropped out of school to hustle for a living the only way he knew how: through music. He was just 11 years old.

Later on, he joined the up and coming rap group Young Boys. At 15years old, he was the youngest of 4 members. Great together, these young men encouraged each others and pushed themselves to higher heights. The Young Boys album Guerilla Warfare released in 1999 went multi platinum, propelling Lil Wayne to the National platform. However, not long after, differences mostly about money forced the group to split and Lil Wayne was left almost where he had begun – faced with tough decisions. 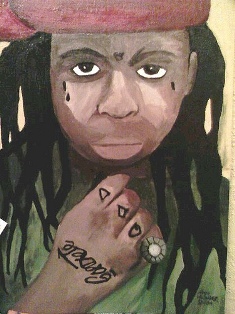 Once again, Wayne returned to New Orleans and turned to Cash Money Records as he began to mold his singles career. A more mature Wayne went to work.  Having tasted success, he wanted more of it. He was driven by the belief that he had too much in him that the world needed to see and hear. He is said to have gone into the studios and recorded in one session all material he had written over the years, which easily added up to more than 50 pages. Cons
idering this to be some kind of liberating experience, Lil Wayne was now free to rap from his heart. Freestyling certainly worked for him as it led listeners into his soul. Shared experiences of real life pains and joys have bonded him with fans worldwide.

His debut album was released at the age of 17, followed by another in 2000. Although these did pretty well, Wayne was still trying to find himself as an artist. The tables began to turn with the release of ‘Tha Carter’ in the summer of 2004.  It came with his new and now signature dreadlocks look, and a more advanced style. The album sold over 1 million copies in the U.S.

With Cash Money Records at his side, Lil Wayne was flooding the music world with his work, releasing a long string of mixed tapes and singles. Collaborations with great artists like Destiny’s Child (in Survivor), Fat Joe (in Grammy nominated Make it Rain), Chris Brown (in Gimme That), Birdman (Stuntin' like my Daddy) and others caught the attention of fans. Fueled on by his determination to be the best, tirelessly putting out remarkable songs that showed powerful lyrical abilities, and a unique rap style. Lil Wayne was being sought out in the industry. The young MC was well on his way. 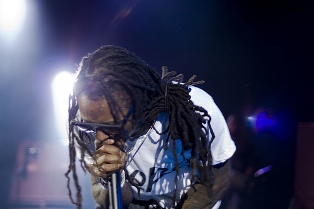 Hit after hit, millions in the bank, well known, yes; but critics were wondering if Lil Wayne was good enough to make a ‘hot’ solo album. Lil Wayne on the other hand felt like he wasn’t getting the respect and recognition he deserved in the music world.

And so on June 10, 2008, Tha Carter III, his sixth album was released, selling a whopping 1.5 million in its first week alone (the first to do so since 50 Cents' Massacre in 2005), the world of music had no choice but to be amazed. The first single, ‘Lollipop’ featuring Static arguably a classic, toppled the Billboard hot 100 at number 1, making it the artist’s first number 1 record of his solo career. Every song in that album, he says, he made to stick with the listener. His 6th album, Tha Carter III was indeed his best so far.

That year, Lil Wayne was nominated for 8 Grammys – the most for any artist nominated that year. Taking home the Grammy for Best Rap Solo Performance for ‘A Milli’, Best Rap Performance by a duo or group for his performance in T.I’s ‘Swagga Like Us’; Best Rap Song for ‘Lollipop’ and the highly coveted Best Rap Album of that year, winning against his hero Jay-Z. That year, he was also named MTV Man of the Year.

Wayne had arrived! The eyes of the world were turned to this young man with a swag and style completely unique to him. On the radio, his songs were being played over and over; to fans and non fans, he was a force to be reckoned with.

Something’s got to give 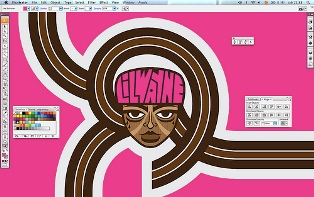 With his music career coming together, Lil Wayne married child hood sweetheart and mother of his daughter Reginae (named after slain step dad Reginald, born when Lil Wayne was 17) in 2004. With Wayne in the studio, on the road most of the time, his marriage failed to survive under the weight of his celebrity lifestyle. In 2006, the union ended in divorce. He is father of four girls.

His struggles with drugs and law enforcement are not news to anyone. He has admitted to years of drug use, starting at the young age of 11.  In 2009, in an interview with CBS’s Katie Couric, the MC admitted to smoking marijuana ‘recreationally’ on national TV. Concerns about rising use of this, plus the addictive codeine cough syrup popularly known as purple drank have grown these past years. He adamantly admonishes everyone to mind their business.

With numerous runnings against law enforcement, his legal woes took front line again when in 2007 his tour bus was pulled over by cops after a show in New York. A search of the bus turned up drugs and an unlicensed gun which was said to have been in ‘his possession’. He pleaded guilty to unlawful possession of a firearm and as of March8th,, 2009 (couple of days ago), began serving a 12 month jail sentence, with the probability to leave in 8 with good behavior. 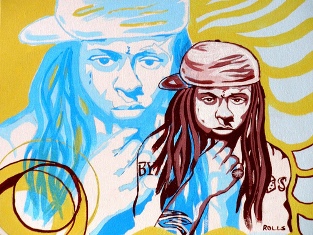 “There are thousands of Lil Waynes out there,” my husband Al said on day, “talented kids whose talents will never be discovered.” I have often thought about these words, which makes it even more remarkable that this young man against all odds, stuck to his guns, developed his talent and is today the most acclaimed rapper in a highly competitive industry.

In the span of his 13 year career, Lil Wayne has sold over 6 million records. Having recorded over 1,000 songs, he is said to have released more music in the last two years than the legendary Tupac Shakur. He will go down in history as one of the greatest in hip hop history.

His popularity was again proven by comments made referencing him by President Obama. First in a town hall meeting in Georgia during his campaign, Obama encouraged children to stay in school instead of seeking fame, saying: “You are probably not that good a rapper. Maybe you are the next Lil Wayne, but probably not, in which case you need to stay in school.”

Drugs, curse words (immorality), calling himself a gangsta; yes he is eccentric, yet you can’t help but respect his amazing talent. Like millions worldwide (including President Obama), I am a fan of Lil Wayne’s – I am inspired by his drive and awesome work ethic.

Windows rolled up; cruising on the highway, music blaring in your car …there sure is a high probability that Lil Wayne would have some kind of influence on the music we all listen to these days.

Loved by many, not so loved by others, acclaimed world wide, this 27year old is just doing his best to be the best. In the words of a friend of mine, Lil Wayne is very simply ‘hip hop’ these days.

His story more than anything goes to show that it is truly possible.  if you dare to dream and are willing to work hard, anything is possible.

Lil Wayne once said, "Everything about me is about music. I am a real artist, that means if you give me a blank canvas, I'll give you art."

Of all his songs, which is my favorite? I believe it easily could be this song with mentor Birdman called Stuntin ’with My daddy. For some reason, I believe it all came together in this song.

Reach for your dreams!