Our habits either make us or break us. As a leader, it is wise to constantly ask ourselves, "are my habits healthy for success", "which habits are hindering my progress?", "what habits do I need to improve on?" As discussed in my book Success On Your Terms, "Habits are routine behaviors that directly influence life patterns….It is important to self-evaluate every once in a while in order to root out bad habits, fine-tune the good ones, and develop new ones." 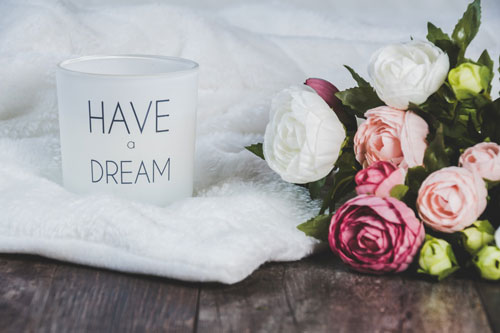 "Habit is something you can do without thinking, which is why most of us have so many of them." – Frank Clark

"A nail is driven out by another nail. Habit is overcome by habit." – Desiderius Erasmus

"Men’s natures are alike; it is their habits that separate them." – Confucius

"Laziness is nothing more than the habit of resting before you get tired." – Mortimer Caplan

Watch your thoughts, they become words

Watch your words, they become actions

Watch your actions, they become habits

Watch your habits, they become your character

Watch your character; it becomes your destiny – Frank Outlaw

"The successful person makes a habit of doing what the failing person doesn’t like to do." – Thomas Edison

"There is no more miserable human being than one in whom nothing is habitual but indecision." – William James

"Feeling sorry for yourself, and your present condition, is not only a waste of energy but the worst habit you could possibly have." – Dale Carnegie

"A long habit of not thinking a thing wrong gives it a superficial appearance of being right." – Thomas Paine

"The best way to break a bad habit is to drop it." – Leo Aikman

"The easier it is to do, the harder it is to change." – Eng’s Principle

"We first make our habits, and then our habits make us." – John Dryden

"It’s like magic. When you live by yourself, all your annoying habits are gone." – Merrill Markoe

Bad habits are like a comfortable bed, easy to get into, but hard to get out of – Unknown

"The chains of habit are generally too small to be felt until they are too strong to be broken." – Samuel Johnson

"Motivation is what gets you started. Habit is what keeps you going." – Jim Ryun

"We get so much in the habit of wearing disguises before others that we finally appear disguised before ourselves." – Francois de la Rochefoucauld

"Cultivate only the habits that you are willing should master you." – Elbert Hubbard

We are what we repeatedly do. Excellence, then, is not an act, but a habit – Aristotle

I hope that you have found these 'Quotes To Inspire Winning Habits For Success' fun, interesting and useful. See you again next time.

VISIT OUR STORE FOR YOUR INSPIRATIONAL WEAR

2010-03-31
Previous Post: How to Develop Good Habits
Next Post: How to gain Support for your Business: 9 Successful Sales Tips