Welcome to these great words on leadership written/shared by great minds from various walks of life. Through ‘quotes’ we get to learn from the experiences of others, as I am sure you will as you read this collection of powerful and educative words of wisdom on leadership. 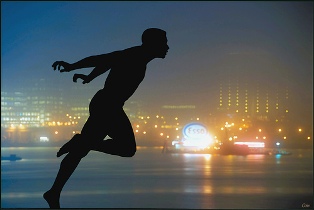 ~ Education makes a people easy to lead, but difficult to drive; easy to govern, but impossible to enslave – Henry Peter Brougham

~ Leadership cannot be taught. It can only be learned – Harold Geneen

~ The first responsibility of a leader is to define reality. The last is to say thank you. In between, the leader is a servant – Max DePree

~ Management is efficiency in climbing the ladder of success; leadership determines whether the ladder is leaning against the right wall – Stephen R. Covey

~ The leader must know, must know that he knows, and must be able to make it abundantly clear to those around him that he knows – Clarence Randall

~ All of the great leaders have had one characteristic in common: it was the willingness to confront unequivocally the major anxiety of their people in their time. This, and not much else, is the essence of leadership – John Kenneth Galbraith

~ Do not go where the path may lead, go where there is no path and leave a trail – Ralph Waldo Emerson

~ Not the cry, but the flight of the wild duck, leads the flock to fly and follow – Chinese Proverb

~ Leaders must be close enough to relate to others, but far enough ahead to motivate them – John C. Maxwell

~ A leader is a dealer in hope – Napoleon Bonaparte

~ Inventories can be managed, but people must be led – Herbert B Swope

~ If you make people think they’re thinking, they’ll love you. If you really make them think, they’ll hate you – H. Ross Perot

~ If I have seen farther than others, it is because I was standing on the shoulder of giants – James Callaghan

~ I start with the premise that the function of leadership is to produce more leaders, not more followers – Robert Greenleaf

~ Leaders aren’t born they are made. And they are made just like anything else, through hard work. And that’s the price we’ll have to pay to achieve that goal, or any goal – Vince Lombardi

~ If you fail to honor your people,
They will fail to honor you,
It is said of a good leader that
When the work is done, the aim is fulfilled,
The people will say, “We did this ourselves – Lao Tzu

~ Strong leaders are those who let their pride down, develop resilience and follow in the footsteps of a mentor until they become successful – Lema Abeng, in The Rising Star