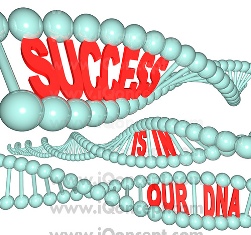 ~ Success is not the key to happiness. Happiness is the key to success. If you love what you are doing, you will be successful – Albert Schweitzer

~ Focusing your life solely on making a buck shows a poverty of ambition. It asks too little of yourself. And it will leave you unfulfilled – Barack Obama

~ There are no gains without pains – Benjamin Franklin

~ Love the moment. Flowers grow out of moments. Therefore, each moment is vital. It affects the whole. Life is a succession of such moments and to live each, is to succeed. – Corita Kent

~ Actually, I am an overnight success, but it took twenty years – Monty Hall

~ Small opportunities are often the beginning of great enterprises – Demosthenes

~ My will shall shape the future. Whether I fail or succeed shall be no man's doing but my own. I am the force; I can clear any obstacles before me or I shall be lost in the maze. My choice; my responsibility; win or lose only I hold the key to my destiny – Elaine Maxwell

~ It is common sense to take a method and try it. If it fails, admit it frankly and try another. But above all, try something – Franklin D Roosevelt

~ I have missed more than 9,000 shots in my career. I have lost more than 300 games. 26 times I have been trusted to take the game winning shot and missed. I have failed over and over and over again in my life and that is why I succeed. – Michael Jordan

~ I don't measure a man's success by how high he climbs, but how high he bounces when he hits bottom – General George S Patton

~ My mother said to me, "If you become a soldier, you'll be a general; if you become a monk, you'll end up as a Pope." Instead, I became a painter and wound up as Picasso – Picasso

~ He that giveth unto the poor shall not lack; but he that hideth his eye, shall have many a curse – Proverbs 28:27