REAL WEALTH OR JUST AN ILLUSION?

September of 2009, my business journey led me back to Nigeria for the first time in about 8 years since I had left . I got on a Delta Airline flight that flew directly from to in about 11 hours. Upon arrival, I was once again embraced by the warmth of my motherland and a people who do not hesitate to make their own and others feel welcome. I was in a little over 2 weeks, during which I stayed at a hotel/resort in Lekki, an upscale area of the city located on the island. I began to notice how beautiful and stylish the people were, beautiful homes, nice cars that drove through the city.  What made this even more remarkable was that these homes were paid for; these cars were paid for. The hotel I stayed at, of western standards was owned by a gentleman probably in his mid-forties, the services they offered even surpassed those in some western hotels which was very impressive … these were business-owners just like me.

Twice after that, I returned to Nigeria on business before the year ended. During my third trip, I spent sometime with a friend on in . She drove a nice SUV type car (can’t remember the model. I am not a car person I guess), which was relatively new, very clean and comfortable.I loved her car, and was impressed when she told me she had purchased it in the couple of years ago while she was visiting. She had paid for it cash – tens of thousands of dollars, and shipped it back to . That caught my attention. I began to ask myself why I who lived in the was driving a car that wasn’t paid for.

In , as I noticed young ladies my age (in their mid-thirties) who owned their own businesses, owned their own homes and drove in luxury cars they actually owned, it was time for some tough questions.

1.In my 8 years in the what assets did my husband and I actually own?

2.How much debt were we in?

3.Were we actually doing as well as we thought we were or living an illusion?

I began to realize how easy it is to get caught up in the web of ‘a nice lifestyle’, thinking you are doing great and yet having little or nothing to show for it.

I must tell you, our income is way above average, one of our two homes is a rental property; we also own a thriving Tax Firm called Reliable Refunds and our network marketing business does well. These added together place us in a good six figure per year income bracket.

But a time comes when we must all lay our cards on the table and re-evaluate. When you have earned $10,000/week commission checks and driven in luxury cars, your focus shifts to other things that are more relevant and meaningful to you as a person. It was time to re-evaluate … and so we did. 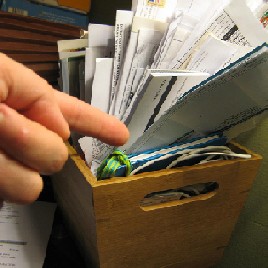 Capitalistic societies like the United States, are designed such that the money you make goes right back into the system in the form of expenses: light, water, heat, gas, car payments, house payments, school expenses, etc. Basic amenities we enjoy tend to cost us an arm and a leg. You can have anything you want – nice cars, nice homes, nice clothes, nice furniture, nice anything … but at what price?

The one thing I have noticed is that if you are not careful, these things begin to own you. People start working harder and harder in order to maintain a lifestyle that really wasn’t theirs in the first place. They become‘prisoners’ of their possessions because these things were paid for using someone else’ money (CREDIT).

What happens when you skip a payment? The harassing phone calls and mails start to come – they don’t care if you got sick, or lost your job (as has been the case for millions these past years), these lenders want their money or their ‘property’ back … at this point is when many people realize it wasn’t their stuff in the first place.

I remember the society I grew up in, back home in where folks actually own their stuff. The standard of living may not be as high as it is in the western world, but we were happy with what we could afford – our little homes were paid for, cars paid for, furniture paid for, clothes paid for, food paid for. I begin to appreciate the Peugeot 505 my dad owned and other little amenities we enjoyed. They weren’t much, but they were not purchased with someone else’s money either and we did not live with the fear of 'repossession' hanging over us. 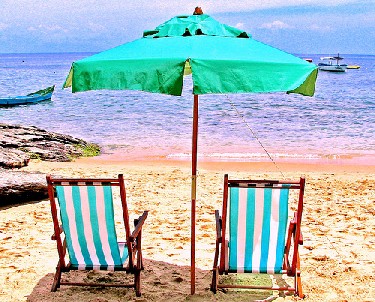 A. Do not be fooled by the big cars or flashy lifestyles around you; be focused on owning your assets.  According to Wikipedia: Simplistically stated, assets are things of value that can be readily converted into cash (although cash itself is also considered an asset). If you ask me, the one who drives a 1998 Honda Accord that he owns is better off than the one who drives a 2009 make of same car that he doesn’t own yet, may own 6 years down the line if he makes the required payments. Owning your own property is what constitutes real riches.

B. If you have debt, let it be debt that doesn’t consume you, but that which you control. Like Robert Kiyosaki says, make it good debt that brings something in return.

C. If you cannot afford it, don’t ‘buy’ it. It is better to own a small 14 inch TV t
han a high definition 60 inch TV that you leased or purchased on a credit card.

D. Avoid financing as much as possible.  Do you know things actually cost less when you save up and purchase them upfront? In keeping with New Year Resolutions that my husband Albert and I made for 2010, we just recently purchased a 2002 Toyota Sequoia SUV and paid for it cash. If we had financed, we would have spent the next 6 years paying for it, and it would have cost us at least 2 or 3 times more.

Also, with the housing market experiencing hardships, do you know that in with as little as $10,000 cash you can actually purchase a very decent home at house auctions these days? These are homes that people normally spend 30 years paying for. You must have heard that investors and in some cases ordinary folks who have decided to save up are ‘eating’ up these properties. This is a good time to buy.

In conclusion, learn to sort through the ‘flash’ for the substance. Be not blinded by promises of a lavish lifestyle – everything comes with a price. Real smart people seek to own assets. Take time off to plan and make choices that grant you peace and not lead you down the path of worry. Life is fun. It is not so hard to actually be your own master and not a slave to property … all it takes is discipline and a plan. Strive to be the best, but try not to run faster than your shadow either. Go as far as you can go and remember that peace of mind is priceless. Be wise.