In: Personal Thoughts
Tagged: how to get along with a different culture, relationships between African and African Americans, why africans don't get along with blacks americans 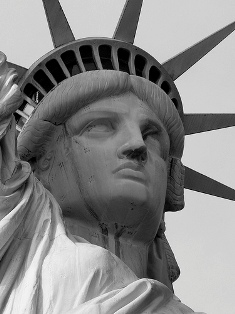 It was January 2002, after 3 months of absolutely doing nothing but sitting at home, I was bored out of my mind, the inactivity was getting to me. And so, Albert my husband had an idea; to keep me busy, he was going to talk to his tax preparer and see if they would let me come in and do odd jobs around the office. He came home one afternoon excited because the guy had said "yes"!  I was so ready to start work the very next day. What a blessing to get busy again.

At that tax firm, my duties mainly consisted of taking care of the filing system. I had only been in the Unites States 3 months, no work experience but Albert had convinced the owner that I was smart enough to catch on to whatever they needed done, and would not get in anyone’s way … I am sure Mr Coleman took me on reluctantly as a favor, planning to throw mundane office jobs my way.

His firm had a clientele in the thousands who came in very year between January and April to get their taxes done; and either get a refund check, or fulfill their tax liabilities to the government by paying back. 99.9% of this clientele was African American.

Excited at my first job, I took it seriously.  While the owner and his wife worked on tax returns, I focused on general office work. These were busy days at the firm, the phones rang off the hook with clients calling to book appointments or check on their refund status.

By the end of my first day at work, I was asked to take a few calls as they spilled over. The very next day, the Colemans asked me to help with the phones. Oh My God! I was scared – shy, insecure, unsure, my American customer service skills were almost non-existent. But I dug deep into my past experience of owning and running a cyber café back home in Cameroon as I rose to the challenge. 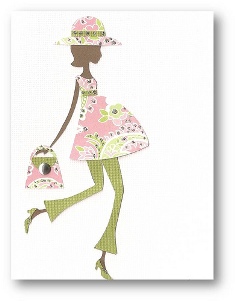 And so I took on the phones. The clients were unable to understand me, I could barely understand them too. They said my accent was too thick – you know how they say Africans speaks as if with a mouth-full of water?! It was tough.

I on the other hand, found it difficult to grasp their names – the Shaniquas, Temika’s, Quanishas … were names I was totally unfamiliar with. And they spoke just too fast for me.

On top of that I did not have a clue as to what was going on at this office. A client would say “I just wanted to find out if Cynthia got my W2 …” What’s a W2 form? I asked myself, but took the message for Cynthia anyway. I definitely felt like a fish out of water during those early days.

At home, Albert gave me tips on how to improve.

At work, I completely switched to ‘learning mode’ as I took control of the situation between the clients and I. It was frustrating for me and for them. I heard them ask the Colemans on several occasions, “Who’s that African you got answering the phones?”

What I did was consciously make myself speak slowly and clearly and I asked everyone who called to spell out their names as I took their messages. With the encouragement of the Colemans and my husband, I got more comfortable … the one thing I had was a great work ethic … and a willingness to learn. I began to catch on quicker than expected! I was proud of myself.

Obviously, I write this article in my way to address the relationship between Africans and African Americans as we celebrate this last day of black history month. These are candid, heartfelt experiences that have shaped me as a person.

During the next years as I rose from the ranks of miscellaneous office worker to tax preparer at the Colemans' tax firm, my experience with the African American in some ways remained somewhat of a challenge. I found most of them to be rude and obnoxious and so in self defense I thought of them as ‘ghetto’.

Most of them had a hard time understanding why they had to sit in front of me to get their taxes done … they resisted quite a bit, relaxing somewhat as they realized I was well trained and qualified to handle their tax matters.  It wasn’t uncommon for the Colemans to have to personally reassure them that I was good enough.

And so I often wondered what if I was one of them (African American) or Caucasian, would the resistance have been that much? Thinking back, I now see another possibility: what if they may have been uncomfortable with the change in the person handling their taxes, not the person herself?

Just as the clients resisted, I continuously expressed my frustrations to the owners of the firm, who helped me understand the people and the culture. As I read more about the African American journey and culture, my work with them became easier.

From experience, I have concluded that the stereotypes that exist between Africans who have traveled to the U.S. in recent times and those who were brought over during the years of slavery are largely due to ignorance.

The African American often feels judged by the African, whom they say makes them feel inadequate, and makes them out to be lazy and dumb.

The African on the other hand feels or has been made to feel inferior because of where he comes from – his looks, his accent, his 'smell', etc. The images of Africa on TV and in magazines are usually debilitating – poor, uneducated, disease stricken, as I was reminded again this past Friday when 20/20 a popular American TV show ran a documentary about the ritualistic killings of children in Ugandan villages. A serious problem that has to be addressed, I agree but why are these the only images we see? I wonder why 20/20 and others don’t run documentaries about the other side of Africa that is healthy, happy, clean, and luxurious.

Isn’t it strange that the one thing that should be a connecting thread between both groups, seems to be a dividing force instead – our very origin?

And so I believe we indigenous Africans must find ways to shine a positive light on our continent and educate people on the beauty and warmth of our motherland. 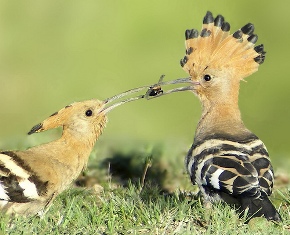 Today in my business interactions, 90% of the people I deal with are African Americans.   Thanks to those early days when I learned how to connect with those who are different, I am now able to deal with individuals from across different cultures, as my business ventures has taken me to several different countries like Sweden, Finland, Belgium and Nigeria .

I have formed life-long relationships with several African Americans who have become like family; I personally feel bonded to them because my American journey has mostly been with them at my side.

Because I feel good about myself, I don’t ‘see’ or 'feel' the stereotypes anymore and I try not to dish them out either.

I now believe we have more in common … definitely a long way from those days at the tax firm. I now realize the bond between us is strong because we were birth from the same mother – Africa.  Despite our cultural differences, we will always remain one.

On this last day of black history month 2010, my message to all is that of mutual respect and understanding. In our struggles and general journey through life, instead of standing out as the only race that is so disenfranchised amongst itself, we must begin to learn to embrace each other.

Funny enough, I don’t get the “Is it true that you African people live on trees?” question anymore. Is it because in their eyes, I don’t look like someone who used to live on trees, or am I associating with educated people who know better, or simply because I don’t hear it when it is asked?

And so let the education process continue … stereotypes are born of ignorance  from both sides, information empowers us all.

written by a child of Africa.