Robbing the Grave of Its Greatness

Do you plan to rob the grave of its Greatness? 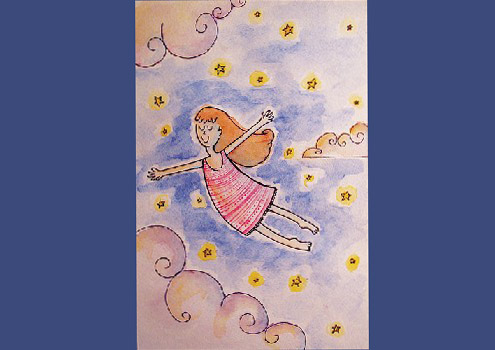 I received the following story in an email from a friend and business partner Mr Kenny Garrett. It touched my heart and I would like to share it with you today.

Many people believe the scariest thing in life is to fail, I disagree; I believe it’s failure to see the God given unlimited potential that is within you. And use it to your ability.

My mom one day was complaining about her circumstance, and was being really negative about it.
As she was leaving the house, I gave her the newspaper, opened it to the death notices located in the very back, I then said to her any one of these people would just LOVE to switch places with you! lol
So stop and give thanks for what you do have, and stop complaining about what you don't have.

Many of us waste our time worrying about things that will take care of it self, or just waste their potential by carrying a negative attitude towards life.

A pastor I know said something that brought tears to my eyes, he preached about maximizing your potential and talked about his experience while visiting his father at the grave yard…. so I did the same, although my father still lives, I went anyway.

And what I noticed about every tomb stone and what they had in common was the year of birth and the year of death.

and what stood out to me the most was the dash between the year they were born and the year they died, (–) that was their lifespan, that's it, their life was a dash, and I sat their and wondered what did they accomplish in that period? And if they knew that they were going to die, what would they have done different? What would they strive to do?

You see age does not dictate your death, so we have to live each day like it’s our last.
Stop waiting on a miracle and be the miracle.

Maximize your potential, don't only use what you wish, use it all.

It's like your microwave, it's loaded with a whole lot of fancy controls and buttons, but we never use them, we just hit the 1 minute heat button, then start, we don't Even hit the stop button, we just take it out. Lol so the microwave never gets to be used to its full potential, because we limit its use.

We do the same with our self s and our life s, we limit our use of full potential, and as Les brown, world class speak would say, “swim in the pool of mediocrity” which is the most selfish pursuit of mankind. You have never seen a tree just grow half way and stop, and say “well I don't feel like growing anymore” lol that's nuts, cause its God given potential is to grow and give life and bear fruit.

Or a bird saying “I'm going to walk for the rest of my life cause its easier to do so” LOL never. God made it with the purpose to fly high, just as God created us with the potential to do all things if we believe. We were born to win, just as the bird was born to fly……

So go out their and Rob the grave of its greatness and make it happen!!