A People Unlike Any Other 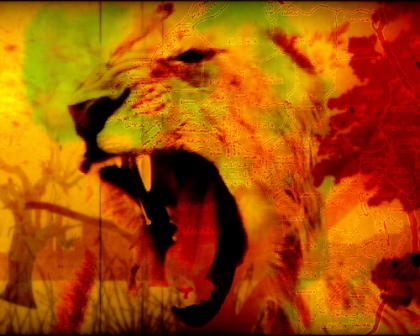 As an African, I believe that Nigeria stands for all that we are proud of and not so proud of. Recently the eyes of the world are once more turned to this beautiful country on the coast of West Africa when it was reported that a 23 year old young man flying from Lagos to Detroit via Amsterdam tried to blow up a U.S. airliner on Christmas day just before landing. This has evoked a wide range of emotions worldwide especially amongst Africans, who have been left wondering how we as a people will be be affected by this. Is terrorism going to be the next thing we will all be known for and judged by? The fact is, if it is a Nigerian thing, it is an African thing. The world never separates the Nigerian from other Africans – we are all the black africanas.

Not too long ago, American homes were bombarded by a series of MSNBC documentaries aptly titled To Catch a Con Man by Chris Hansen, which detailed scams on innocent, unsuspecting Americans and other westerners by Nigerians all over the world, especially Houston and the motherland itself. This shone so much light on scamming and created awareness among Americans, that we were all labeled crooks. I remember being politely asked a couple of times by people in the grocery store who recognized my African accent “are you from Nigeria?”

These 419 scam activities known to have originated and perfected by Nigerians, spread to other countries over the years; today in nearby Cameroon, young men are rounded up by police very regularly and sent to jail for scamming. Over the years, I believe the rate of 419 scams have dropped as Nigerian and other African government authorities have taken a hard stance against this, clamping down and punishing offenders.

However, we still suffer the effects especially on the international platform where we are often treated with suspicion. It is not funny to have to undergo additional screenings and subjected to more detailed security checks at airports because we carry African passports.

Yesterday, I shared the article ARE NIGERIANS UNGOVERNABLE? on this blog and I promised to discuss my take on it.

Shaped by our culture 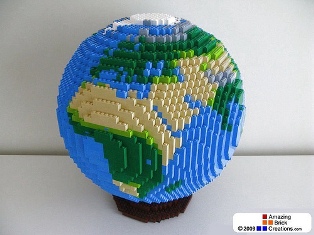 We are all in some way shaped by the environment and culture we grew up in. I hope I don’t come off sounding like I’m stereotyping but in my experience, there are certain characteristics that are common with people of certain cultures. For example, it is not uncommon for Americans to be friendly, curious and polite when they meet you for the first time, even if they don't like you; Swedes tend to be reserved and not so warm initially towards strangers; the French to me have the tendency to be arrogant and politely nice at the same time; Nigerians most often are friendly, confident, and not afraid to speak up (loud).

Known to be aggressive, hardworking go-getters with high survival instincts, Nigerians are amongst some of the most savvy, successful business minded individuals I know. On the education platform, they are generally smart and intelligent as well. This smartness and creativity has sometimes been used for not so good causes, often fueled by the need to survive and make money fast.

Here’s a comment shared by Marie C on article Are Nigerians Ungovernable? "… Now talking about intelligence and creativity, that's where the problem rises and where everyone would be better off just following the good example , for my fellow brothers (Nigerians) sometimes (actually more often than not), use their creativity to develop scams and other non conventional means of achieving success.

I agree, I couldn't have put it better.

It's a Numbers Game 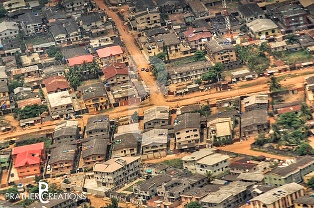 With a population that ranges from 100 million to 160 million depending on which report you are looking at, I now understand that it is normal for Nigeria to be a measuring stick for all of African. Nigeria’s population is about twice the size of that of the next largest African country. The country is composed of about 21 states, many which are more populated than many African countries. The population of Lagos alone, I was told could very easily be about the population of my home country Cameroon, if not more.

With this in mind, it is obvious that a large percentage of the people of Nigeria are uneducated. These are the ones who often times behave in embarrassing ways. Like all other Africans who fall into the same category, these people are loud, uncouth, uncultured, and rude.

Because of the sheer number of people in their country, Nigerians tend to stand out more. Normally, in these foreign lands where we find ourselves (including China), out of every 10 immigrants, 8 or 9 will probably be Nigerians. This indirectly raises the incidence of crime, and other unacceptable behavior within this group.

The moment I understood this, my judgments and resentments towards the people of this great Afri
can nation were wiped away.

As a people, Nigerians have produced some of the best brains in literature, technology, science and other fields. In the medical field especially here in Atlanta, they have the most nurses, physicians and pharmacists. Nigerians run some of the largest hospitals and are involved in projects where they almost always out perform native Americans … and dare I say other Africans!

My Prayer for Nigeria

I guess it is safe to say Nigeria stands to represent the best and worst of Africa. In light of the latest incident on Delta flight to Detroit when 23 year old UmarFarouk Abdulmutallab is accused of trying to ignite an explosive device that could have brought down the plane, most of the world will again focus on the worst.  What gives me some comfort is the report that the father of the alleged terrorist warned officials at the US embassy in Nigeria that he was afraid his son was getting radicalized. That speaks to the spirit of the people whom I have come to love.

During several visits this year to Nigeria, I was very proud of how developed some parts of their country are. Nigeria is by far one of the most developed countries in Africa and it is only going to get better in the upcoming years. According to the International Monetary Fund, it is poised to be amongst the world's super economical powers within the next decade. The movie industry produces some of the best African movies enjoyed by millions in the diaspora. I was impressed by the western style, educative programs they run on local TV as well. More and more American entertainers like R Kelly and others travel out there frequently to collaborate with Nigerian artists whose music is second to none.

My prayer during these recent developments is that strong voices within the country will rise up and say ‘NO’ to terrorism, and send a clear and united message to the youths of this great nation that terrorism is totally unacceptable and wrong and will not be tolerated.

My fear is, if we sweep this under the rug and make excuses, such behavior just like 419, might infiltrate this society and eventually spread to other African countries as well. Let’s stand up for our youths and protect the next generation of Africa from the deadly grip of radical Islamic groups and terrorist organizations. They deserve better.