I found this article in my FaceBook inbox this morning.
Thinking about it, I believe someone had shared this article with me about two years ago, yet when I saw it again this morning, it had the same impact on me. My wish for all who come across this article is that we embrace READING more and teach and encourage others to do same. I believe it is almost impossible to fail at anything IF you are a good reader. Most successful people read themselves out of failure. I share this with you today, so that together we can make a change.
This article speaks for itself …

This is very deep, and unfortunately, very true! This is a heavvvvy
piece and a Caucasian wrote it. THEY ARE STILL OUR SLAVES We can
continue to reap profits from the Blacks without the effort of physical
slavery. Look at the current methods of containment that they use on
themselves: IGNORANCE, GREED, and SELFISHNESS.

Their IGNORANCE is the primary weapon of
containment. A great man once said, "The best way to hide something
from Black people is to put it in a book." We live now in the
Information Age. They have gained the opportunity to read any book on
any subject through the efforts of their fight for freedom, yet they
refuse to read. There are numerous books readily available at Borders,
Barnes & Noble, and Amazon.com, not to mention their own Black
Bookstores that provide solid blueprints to reach economic equality
(which should have been their fight all along), but few read
consistently, if at all. GREED is another powerful weapon of
containment.

Blacks, since the abolition of slavery, have
had large amounts of money at their disposal. Last year they spent 10
billion dollars during Christmas, out of their 450 billion dollars in
total yearly income (2.22%). Any of us can use them as our target
market, for any business venture we care to dream up, no matter how
outlandish, they will buy into it. Being primarily a consumer people,
they function totally by greed. They continually want more, with little
thought for saving or investing. They would rather buy some new sneaker
than invest in starting a business.

Some even neglect their children to have the
latest Tommy or FUBU. And they still think that having a Mercedes, and
a big house gives the "Status" or that they have achieved the American
Dream. They are fools! The vast majority of their people are still in
poverty because their greed holds them back from collectively making
better communities. With the help of BET, and the rest of their Black
media that often broadcasts destructive images into their own homes, we
will continue to see huge profits like those of Tommy and Nike. (Tommy
Hilfiger has even jeered them, saying he doesn't want their money, and
look at how the fools spend more with him than ever before!). They'll
continue to show off to each other while we build solid communities
with the profits from our businesses that we market to them.

SELFISHNESS, ingrained in their minds through
slavery, is one of the major ways we can continue to contain them. One
of their own, W. E. B. Dubois said that there was an innate division in
their culture. A "Talented Tenth" he called it. He was correct in his
deduction that there are segments of their culture that has achieved
some "form" of success. However, that segment missed the fullness of
his work. They didn't read that the "Talented Tenth" was then
responsible to aid the Non-Talented Ninety Percent in achieving a
better life. Instead, that segment has created another class, a Buppie
class that looks down on their people or aids them in a condescending
manner. They will never achieve what we have. Their selfishness does
not allow them to be able to work together on any project or endeavor
of substance. When they do get together, their selfishness lets their
egos get in the way of the goal. Their so-called help organizations
seem to only want to promote their name without making any real change
in their community. They are content to sit in conferences and
conventions in our hotels, and talk about what they will do, while they
award plaques to the best speakers, not the best doers. Is there no end
to their selfishness?

They steadfastly refuse to see that "TOGETHER
EACH ACHIEVES MORE (TEAM)! They do not understand that they are no
better than each other because of what they own. In fact, most of those
Buppies are but one or two paychecks away from poverty. All of which is
under the control of our pens in our offices and our boardrooms.

Yes, we will continue to contain them as long
as they refuse to read, continue to buy anything they want, and keep
thinking they are "helping" their communities by paying dues to
organizations which do little other than hold lavish conventions in our
hotels. By the way, don't worry about any of them reading this letter,
remember, 'THEY DON'T READ!!!!' (Prove them wrong. Please pass this
on!) 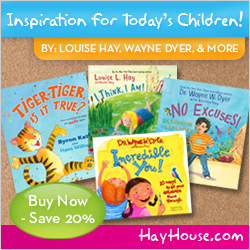