THE PORTRAIT OF A LEADER

Blazing the Trail: One Year down the Road 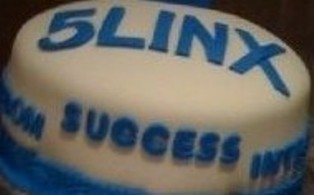 It is no secret that many people are frustrated, sick, tired and complacent. They're committed to a lifestyle they don't enjoy and think life is all about getting up in the morning, going to work, coming home and longing for the weekend. Worst of all,most people are not open to new ideas. They believe it is ideal to be doing what everyone else is doing. I was trapped in the same mentality for quite along time until I had a rude awakening (second opinions have undoubtedly changed many lives). Like the majority of people, I thought working a job was the most secured and best way of making a living. Needless to say, I was wrong.

October 8, 2009 marked 1 year since I stroke out on a path less traveled; a path many people don't understand and would never understand until they become open-minded enough to hear about it.

On October 8, 2008, I received a phone call from my sister and mentor: Lema Abeng-Nsah. It was a call that sent me dancing to the beat of a different drummer; a call that led me to a complete change in mindset. The opportunity that was presented to me just made sense – getting paid over and over on services that we already use. The call exposed me to the concept of passive income, a concept which was mentioned in passing during an Economics lesson in Secondary School. After the phone call, I realized that there're other ways of being responsible and making money without physically working for it. I got started in Network Marketing with a company that truly rewards handwork: a rapidly growing telecommunications company that provides products that utilize cutting-edge technology through a dynamic distribution model that is, in my opinion, second to none.

Network marketing is a concept that is widely misunderstood. However, it has a type of strength which is found in numbers. In this widely misconstrued business model, everybody does a small amount of work and everybody achieves more. Thisway of making money is about leverage. This can be very lucrative. 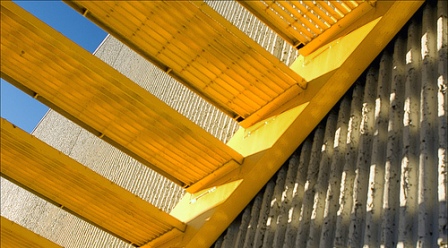 One year later, I pause to take stock of what I have achieved over the past 365days. I must confess that the journey has been far from a jolly ride. There were lots of huddles, twists and turns and it's not over yet. Unfortunately,not everybody I set out with has made it to this point but it is perfectly understood – statistic show that 90 percent of businesses go out of business within the first year. Nonetheless, I'm still standing.

Despite the many years I spent in school getting all the degrees, the period between October 8, 2008 and October 8, 2009 represent the most challenging and educative period in my life. I faced situations that could make or break me, I met people with the potential to lift me up or tear me down, I made money and lost money and above all, I learned things not taught in school. I can now confirm that Robert Kiyosaki was right when he said, "there is more to a network marketing business than just the chance to make some extra money." No doubt, this is true because I'm part of company which is like a business school to me. Our company has a tested and proven training system which has taught me values not found in traditional business schools. I have learned values such as, "the best way to become rich is to teach yourself and other people to become business owners rather than teach them to be loyal employees working for the rich."

In 1 year, I have built a business from scratch in an entirely new market, with no prior experience in the industry and I have been promoted to the position of Executive Director. It is true that I expected to have achieved more by now but it is also true that if I can make it to Executive Director, I can make it to Senior Vice President. It's just a matter of time. Now, assuming I take 1 year to get promoted; let's do some maths:

This tells me that I have 2 years left, everything being equal to hit the Senior Vice President position. In my mind, 3 years is good enough because I'd rather spend 3, 4 or 5 years of my life building a business that'd set me free financially than spend the rest of my life working a job and eventually retire with a meagre pension. Of course, I'm educated in International Human Right Law and I'd work to defend, protect and promote human rights because that is what I love to do and not because I need the money for subsistence.

In conclusion, if the LORD does not build the house, the work of the builders is useless (Psalm 127:1). I thank God for leading me to this path and as I celebrate my 1st Anniversary in business,I'm confident that He will see me through. The road ahead is long and the challenges are enormous but nothing can stand in the way of a God-fearing man who knows what he wants and where he expects to find it. I'm still fired up and ready to take it to the finish line.